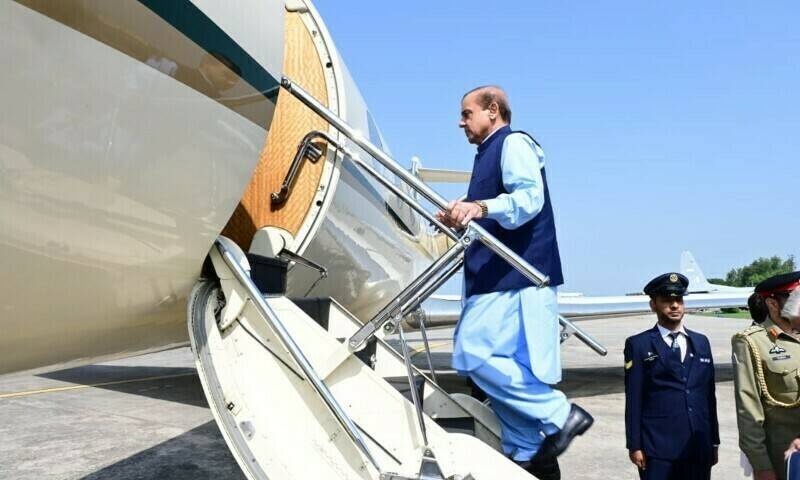 The prime minister visited the Middle Eastern nation at the invitation of UAE President Sheikh Mohamed bin Zayed Al Nahyan. The premier is accompanied by a high-level delegation, including key members of the cabinet.

In a statement, the Foreign Office spokesperson confirmed that during the visit, the premier will meet UAE president, Prime Minister with focus on advancing economic, trade and investment ties between the two sides, besides creating increased opportunities for the Pakistani workforce in the Gulf nation.

During his scheduled meeting, PM Shehbaz will discuss a range of regional and global issues of mutual interest.

The PML-N leader will also interact with Emirati businessmen and investors to discuss ways to enhance bilateral ties.

MoFA statement said “Pakistan and the UAE enjoy close ties based on common faith and traditions, shared history and heritage; deep-rooted cultural affinities, geographic proximity and identity of views on several regional and global issues…Regular high-level exchanges and visits are a key feature of this relationship”.

Prime Minister is visiting the UAE for the third time since assuming his charge last year.

Has UAE restricted visit visa for citizens from these Pakistani cities?

Reports in local media also claimed that PM will request UAE to rollover the maturing $2 billion debt, besides offering a proposal of stakes in listed government companies.