'No word from Britain on claims so far, MoFA spox 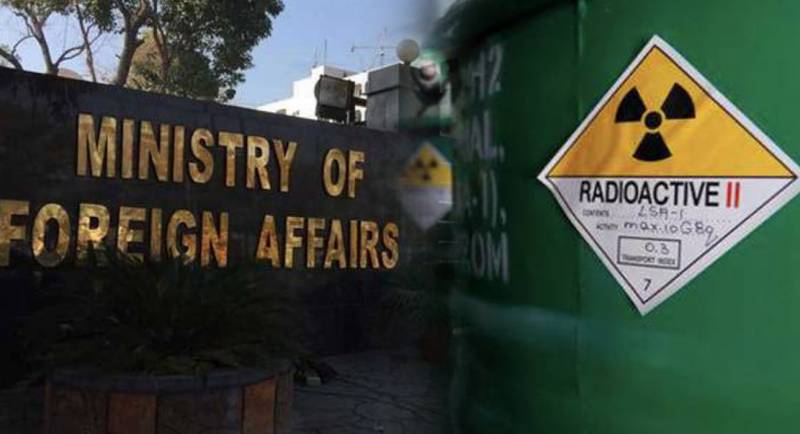 LONDON/ISLAMABAD – Foreign Office late Wednesday responded to reports in international media linking the seizure of a package containing uranium that ‘originated in Pakistan’.

In a statement, Foreign Office spokesperson Mumtaz Zahra Baloch said no information to this effect has been shared with Pakistan at the official level, saying ‘we are confident that the reports are not factual.’

Baloch said the UK authorities have not approached Pakistan with regard to the reported incident at Heathrow Airport in which British border force seized a package containing uranium, which was alleged to have originated in a South Asian nation.

On Wednesday, a British Tabloid The Sun reported about the seizure of package ‘originated in Pakistan’, triggering fears of a ‘deadly shipment that may have been used to make a dirty bomb’, and as international media got the air, contrasting reports surfaced.

A spokesman of Scotland Yard also spoke with a Pakistani media outlet, saying a very small amount of radioactive material was identified after a routine screening last month.

Counter-terror authorities in the United Kingdom have launched a probe as a package containing uranium was seized at Heathrow Airport, and was linked with Pakistan.

The package, which was intended to be delivered for an Iranian business in the UK, arrived on a flight from Oman after originating in Pakistan, reports suggest, revealing that It was a shipment of scrap metal.

As the probe is underway, the UK’s home office spokesperson refused to comment on the matter, while the local authorities hinted at no terror-related activities. Despite the fact that the seized uranium was ‘not weapons-grade’, it raised several questions.