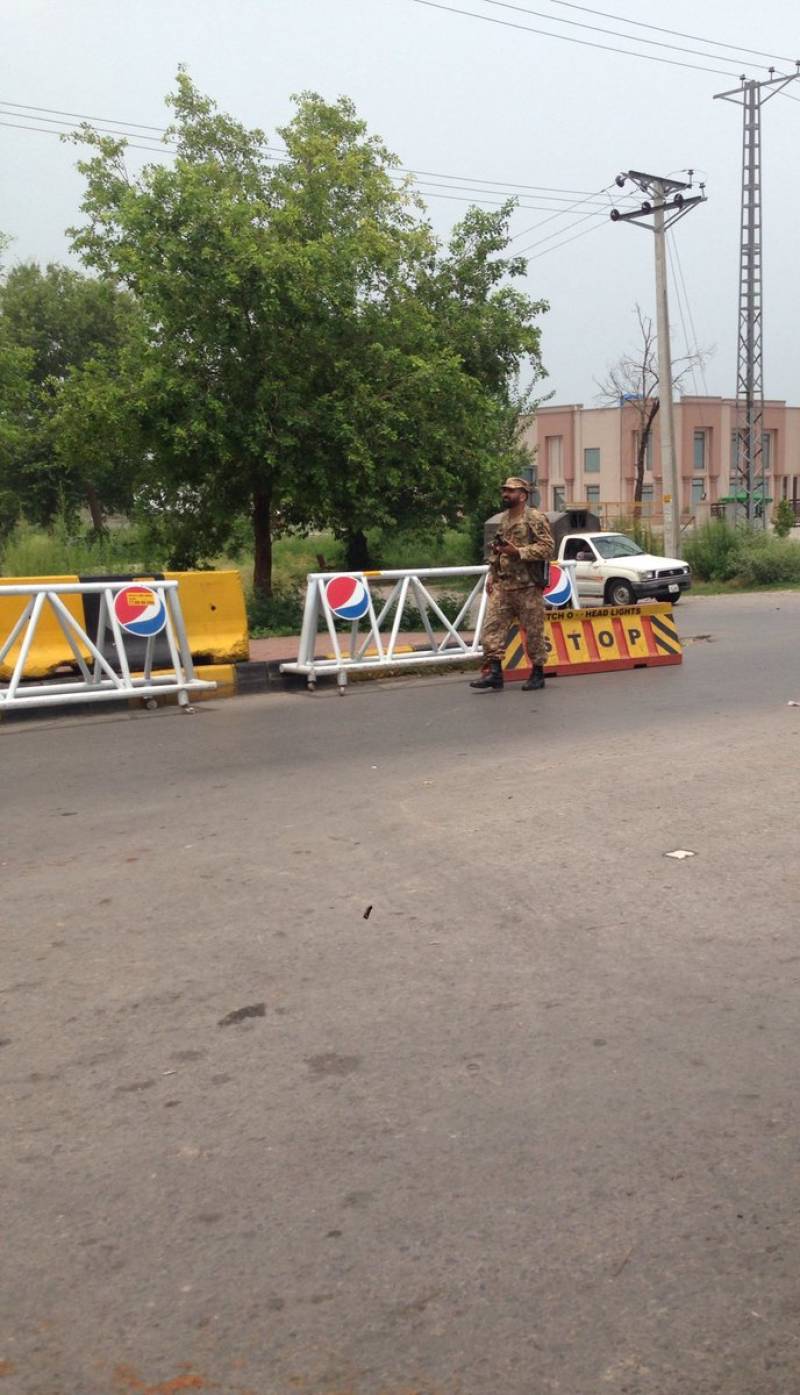 ISLAMABAD - Notorious for its frequent involvement and fast response in military coups since Pakistani independence, 111 Brigade (also known as triple brigade) was seen on the roads of Islamabad.

Some pictures surfaced on the social media shows some army troops patrolling in the capital. The troops deployed in the capital are allegedly the notorious 111 Brigade, but there is not sufficient information to confirm whether the troops are actually 111 brigade. So far, the location of the troops has also not been recognised yet. 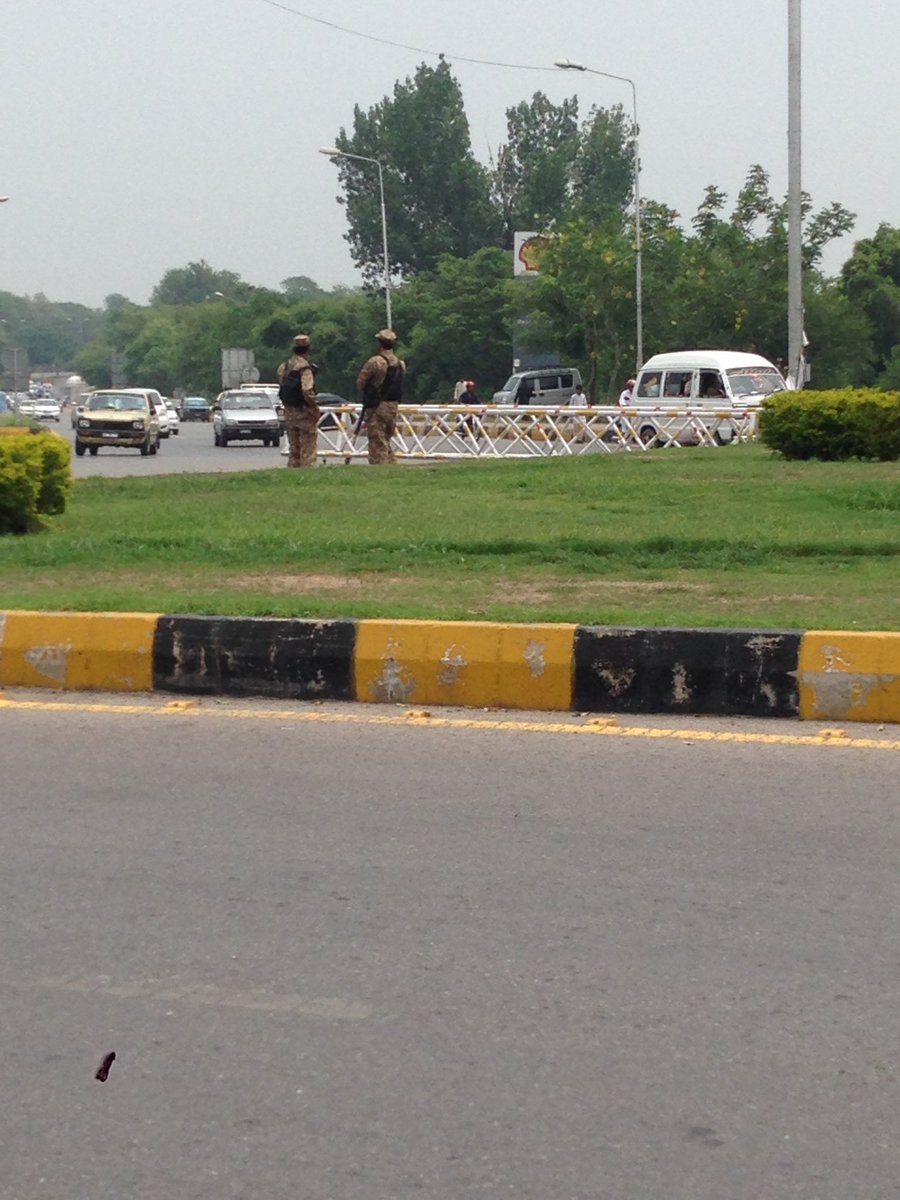 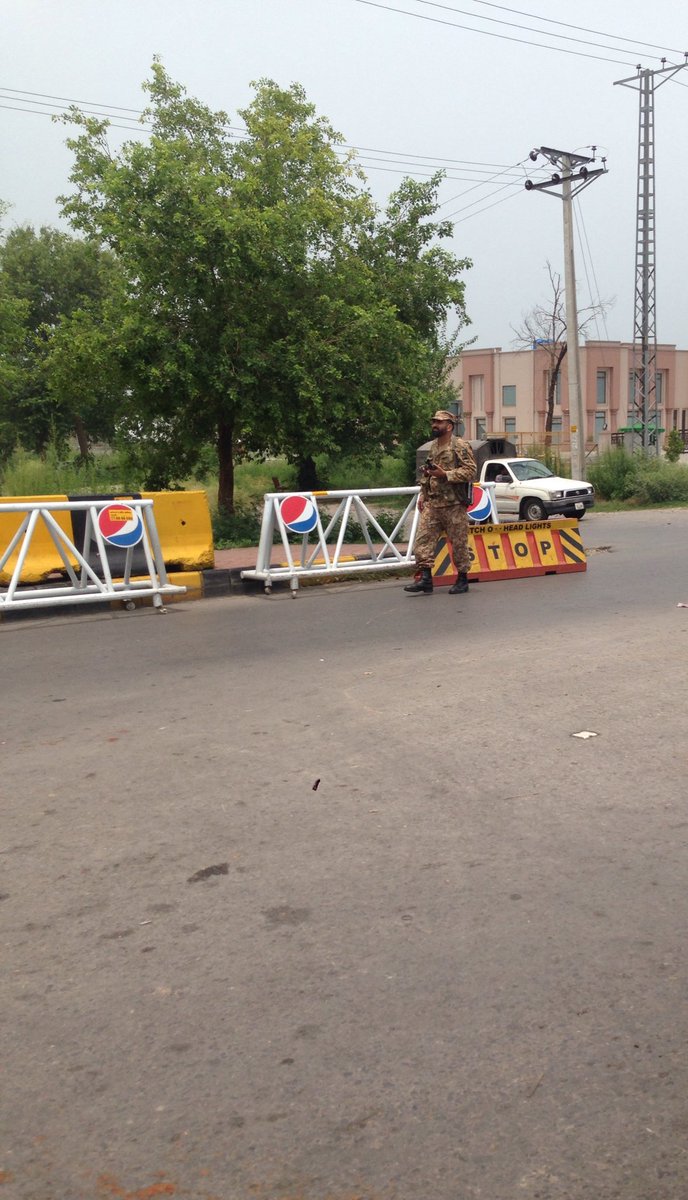 In Islamabad, The brigade's last major participation was in Operation Silence, in which the heads of government ordered military police, the Pakistan Army Rangers, and the 111th Brigade to surround the Red Mosque complex.

In 2010, the 111th Brigade had taken over the control of Islamabad Capital Territory and provided the intense and tight security to the both Chinese Premier andPakistan's Prime minister. The brigade was deployed by the order of Prime minister Yousaf Raza Gillani, and it had directly reported to Chief of Army Staff General Ashfaq Parvez Kayani. The Jang News later cited that ISI had learnt that unnamed neighbouring country has planned to sabotage the Chinese Premier's state visit to Pakistan.