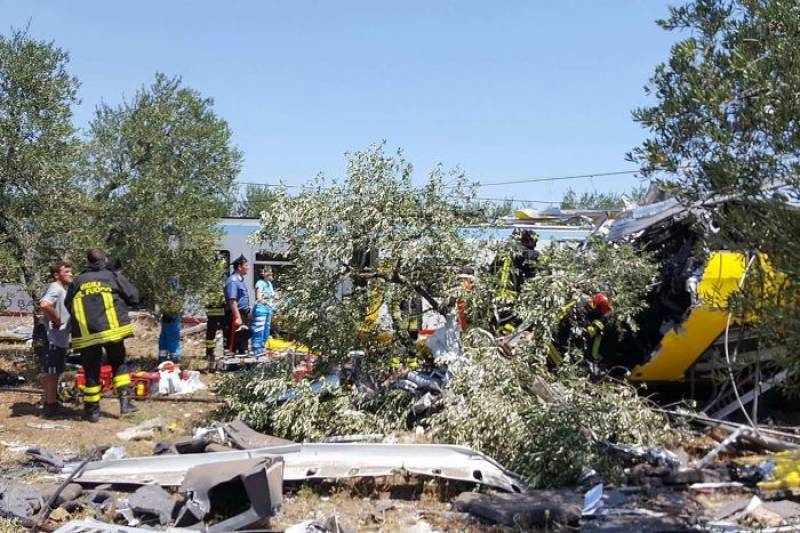 ROME (Web Desk) - At least 20 people were killed and several dozen injured in a head-on collision between two passenger trains in the southern Italian region of Puglia.

Emergency services raced to extract people from the wreckage of smashed carriages thrown across a single track into olive groves near the town of Andria, in what one witness described as an “apocalyptic scene”.

Coffins were taken to the site near the city of Bari to carry away the first of the dead as 200 rescue workers sifted through the wreckage in temperatures reaching 40 degrees Celsius (104 degrees Fahrenheit) “I saw dead people, others who were begging for help, people crying. The worst scene of my life,” one policeman told journalists.

Vito Montanaro, director general of the Bari health authority, said 20 people had died and 35 were injured, 18 of them critically.

“It was an enormous accident, a very violent crash,” said Transport Minister Graziano Delrio, who arrived on at the scene along with two ministry inspectors to aid the investigation.

The collision happened on a bend in the track in open countryside and flung the front carriages of both trains into olive groves bordering the line, slinging bits of metal from the wreckage.