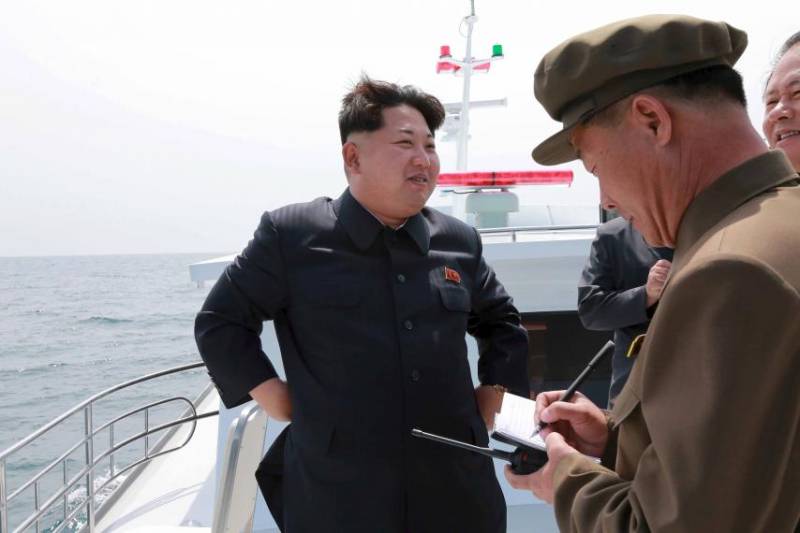 PYONGYANG (Web Desk) - The North Korean military has threatened to take "physical action" against United States (US) and South Korea after they announced to deploy a sophisticated missile defence system on the Korean peninsula.

According to details, South Korea and the US said on Friday that the Terminal High Altitude Area Defence (THAAD) anti-missile system would be used to counter North Korea's growing nuclear and ballistic missile capabilities.

According to N. Korea’s military statement "There will be physical response measures from us as soon as the location and time that the invasionary tool for US world supremacy, THAAD, will be brought into South Korea are confirmed,"

"We once again warn the enemies that it is the steadfast will of the KPA [Korean People's Army] to make merciless retaliatory strikes to reduce South Korea to a sea in flames, debris once an order is issued."

Pyongyang test-fired what appeared to be a submarine-launched ballistic missile a day after the announcement by Seoul and Washington, sparking swift international condemnation.

The North Korea frequently threatens to attack the South, as well as US interests in Asia and the Pacific.

It will be used "to protect alliance military forces," Seoul and Washington said on Friday.