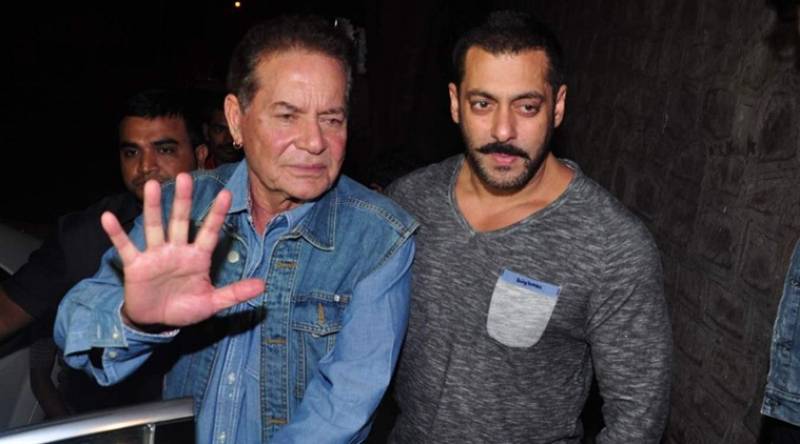 MUMBAI (Web Desk) - Although Salman Khan, the screen idol of Bollywood is widely known for his anger but his father Salim Khan is no less than his son in publicly displaying his resentment.

Salim Khan who joined Twitter in March this year, took to the microblogging site to lambast the people who called his son Salman Khan old. He said that those who mention Salman khan old should first watch his new film "Sultan".

In a TV debate Salman was mentioned as old enough to be a grandfather over and over. I request them to watch #Sultan in a theatre.

Retaliating to a television conversation that Salman Khan should now play the role of Grandfather owing to his age, Salim said that how an old man can act like what Salman did in "Sultan".

And wonder how could a man old enough to be a grandfather do this. People have strong temptation to hurt people .

He maintained that People have strong temptation to hurt others.