US urges Pakistan, Afghanistan to work together against terrorists 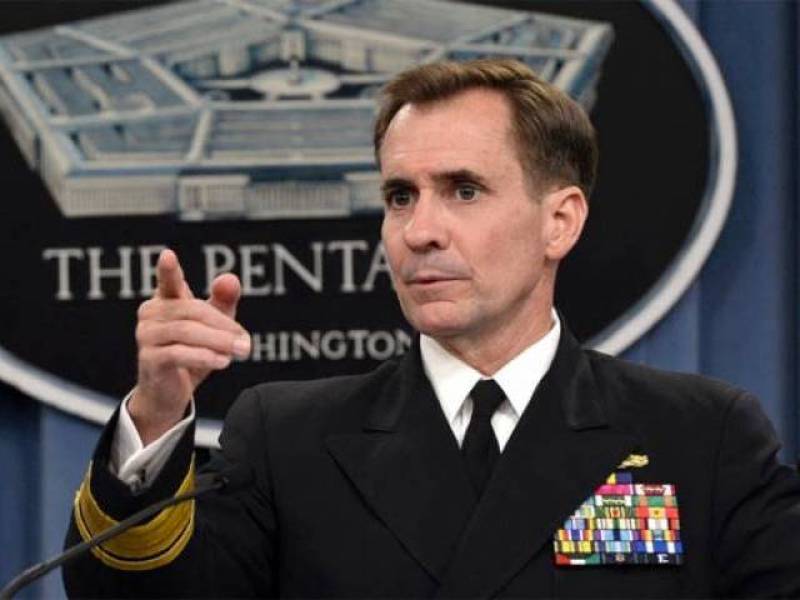 WASHINGTON - The United States has called on Pakistan and Afghanistan to work together to eliminate safe havens in their border region being used by terrorists to target innocent civilians in both the neighbouring countries.

“There’s a shared interest there, and that’s what we’re focused on,” US State Department spokesman John Kirby told a regular briefing on Monday.

“We understand that that effort also has not always gone smoothly, and we continue to urge those two governments to work together” to eliminate the safe haven along the border region.

Responding to a question about the Durand Line issue, the spokesman refused to reply, saying he did not have anything to add to what already has been said on the issue. The US recognises Durand Line as a permanent border between Pakistan and the United States.

He said both Pakistan and Afghanistan know about the threats posed by these terrorist groups which are using the border region as a safe haven.

“We understand that the governments in Afghanistan and Pakistan know this themselves and have made efforts in the past to work together to try to address that threat.”

Describing Edhi as “one of the world’s great humanitarians,” the spokesman said that his compassion, dignity, and humility serve as an example for all. “He led a life dedicated to serving others regardless of religion, class, nationality, or ethnicity,” he added.

“We offer our deepest condolences to his wife and his children, the millions that he personally touched, and of course to the people of Pakistan on this sad occasion.”