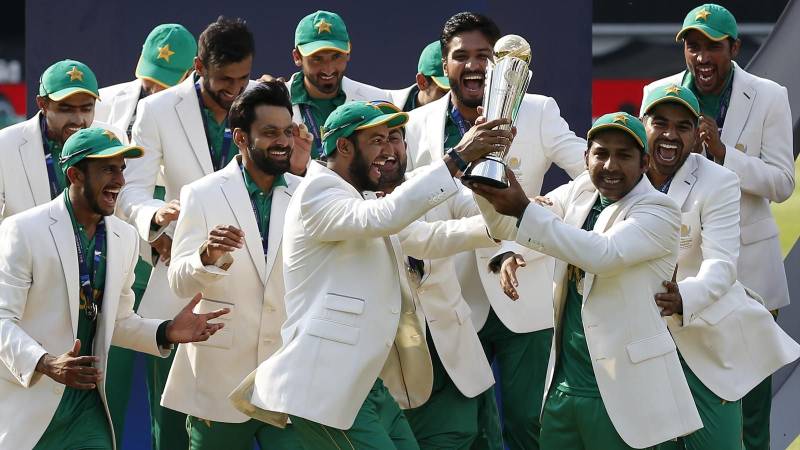 NEW DELHI - An Indian national who made fun of Pakistan's cricket team through an inappropriate comment on ICC's official page received the perfect treatment in minutes by the council.

Rahul Jaiswal, a New-Delhi based cricket fan, in a bid to insult Pakistan's cricket team commented 'Dear ICC.... Stop These Pakistan team to invite in WC bcz they still don't deserve it' on a post uploaded by International Cricket Council on its verified Facebook page.

The apparently sarcastic jibe was made on a post showing pictures from a match between Pakistan and West Indies for the Women's World Cup 2017.

But after Rahul took out his frustration and revealed his arrogance, he was not expecting that he would be ashamed of his comment very soon for his offensive post against Green Shirts. 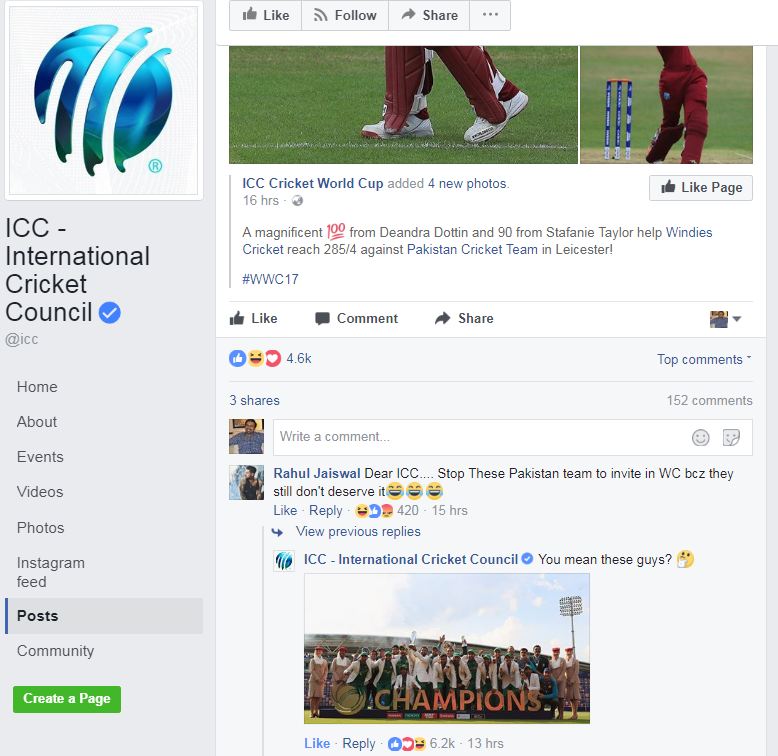 ICC took strong exception to the comment and instead of ignoring it, replied with a photo of Pakistan's cricket team showing Sarfraz and company celebrating the victory made on June 18 after having won Champions Trophy, that too against India.

The hilarious comment reduced Facebook to fits of laughter and the ICC's 'befitting' response soon went viral on the internet, bringing to mind the proverb "Pride hath a fall."

Rahul was 'missing' from social media after the response by ICC.