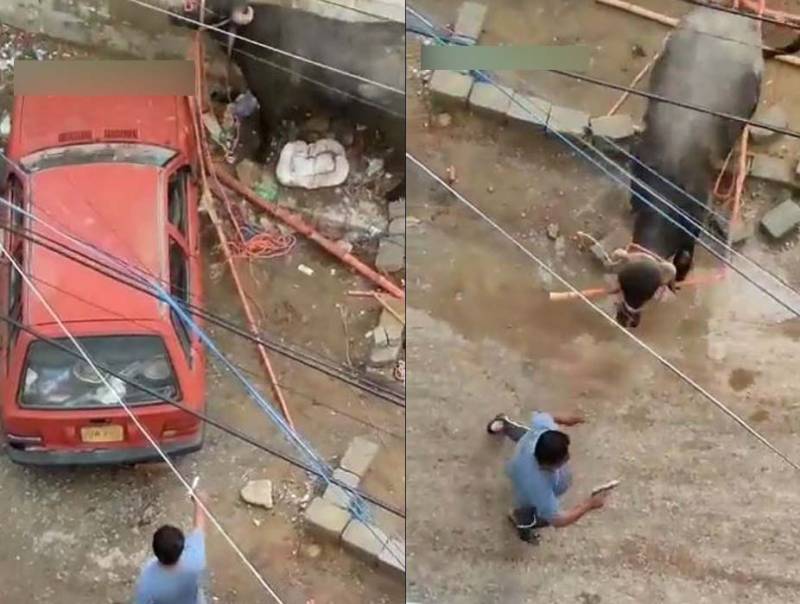 KARACHI – A sacrificial bull, which went on the rampage, was shot in the Bahadurabad area before it was sacrificed on Eidul-Adha.

The clip of the incident went viral on social media even as activists demanded stern action against the owners and handlers of the animal for such brutality during the Muslim festival.

The furious animal was shot at and wounded on the second day of Eid. A man holding a hand weapon was spotted shooting the bull while another man stopped him from shooting the animal.

Amid the chase, the bull took an aim at the shooter and wounded him with its horns before escaping from the scene.

Reports quoting police officials said the armed man opened fire on the bull of his neighbor.

KARACHI – At least eight people have been apprehended for opening fire at a runaway sacrificial bull in the ...

Unprofessional butchers led to such incidents as the animals turn wild due to mishandling. Last year, a man shot at a sacrificial animal after it ran away to escape Qurbani in Karachi’s Scheme 33 area.