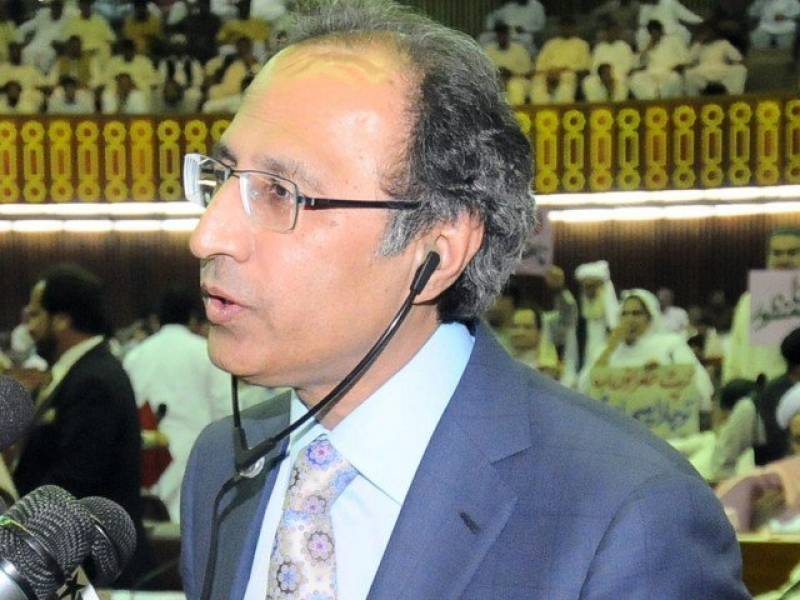 ISLAMABAD - Advisor to Prime Minister on Finance, Abdul Hafeez Shaikh Wednesday said the government has earmarked Rs 2.9 trillion for fiscal year 2019-20 to pay a markup on the national debt.

Addressing a presser, the Advisor said this amount was even higher than the total expenditures of civil and armed forces' combined outlays and was more than half of total tax revenues for which the target of Rs 5.555 trillion has been fixed for fiscal year 2019-20.

He said it was unfair that whenever the current government had to take loans to pay back previous loans, taken by the preceding governments, the opposition started criticising it.

"We have to learn to criticise only on the basis of reality, not for the sake of mere criticism and politics," he said adding "If any person apprehends that the borrowings of current government are misused, then we are totally answerable to and will provide any detail in this regard".

Hafeez said the incumbent government inherited Rs 31000 billion debts which the government will have to pay back in upcoming years.

He said "debts are a reality and we cannot ignore this reality." However, he assured that all new loans would only be utlized to pay back the previous loans.

The adviser said that the average tax rate of Pakistan is 11-12 per cent, which is "one of the lowest in the world and is not acceptable".

He, however, clarified that if we have to offend some people for increasing tax rate, then we are ready to do it.

Declaring that the tax target for this year has been set at Rs5,550 billion, Sheikh said Pakistan's people, especially the rich, will have to be sincere with the country and will have to pay taxes.

Sheikh explained that we will have to reduce our expenditures and we have to give this message to the Pakistani public that we (the government) will be at the forefront in reducing our expenses.

"So we [adopted] austerity and reduced our expenses notably," he added.

The adviser announced that if a person, who has been a non-filer in the past, buys a car or property, he will automatically have to become a filer.

"If he fails to become a filer within 45 days, he will receive a tax liability within half an hour after the 45-day limit has lapsed," he warned.