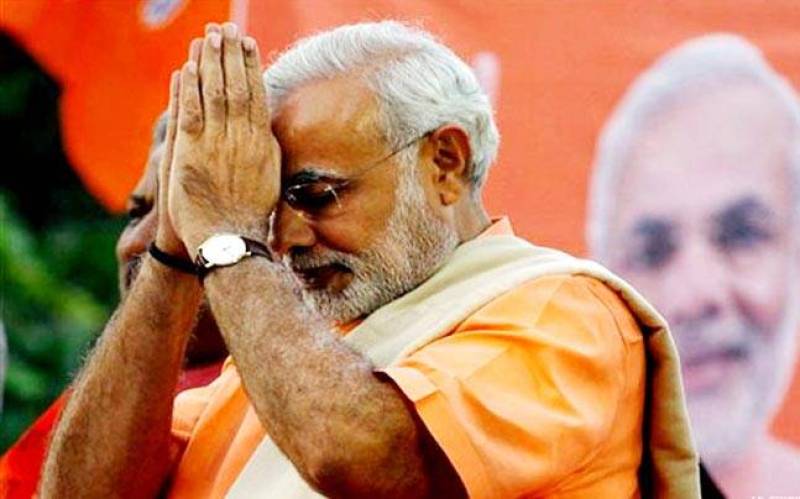 ISLAMABAD - Pakistan has allowed Indian Prime Minister Narendra Modi’s plane to fly over its airspace, it emerged on Wednesday.

According to details, the Indian PM had requested authorities in Pakistan to let his plane fly over its airspace, carrying him to attend the Shanghai Cooperation Organisation summit in Kyrgyzstan.

Islamabad formally granted the permission as a goodwill gesture amid tension between the nuclear-armed neighbours that have clashed in recent months.

However, after Pakistan allowed PM Modi's overflight through its air space, the Indian premier decided not to use the option, rather he would fly over via Iran or Oman, claimed editor of The Hindu.

After asking Pakistan for overflight permission, PM decides not to fly over Pakistan, will fly to Bishkek tomorrow via Iran and Oman. MEA says government had "explored two options.

The SCO summit will be held from June 13-14 and Pakistani Prime Minister Imran Khan will also attend the regional meeting.

Earlier in May, Pakistan had accepted India’s request to let Minister for External Affairs Sushma Swaraj’s flight use its airspace to attend the Foreign Ministers’ meeting in Bishkek.

KARACHI - The airspace of Pakistan remained shut for flight operations in the wake of tension with its Eastern ...

Pakistan had closed its airspace in February after tension between India and Pakistan escalated in the aftermath of Pulwama attack on February 14th in which over 40 Indian soldiers were left dead.