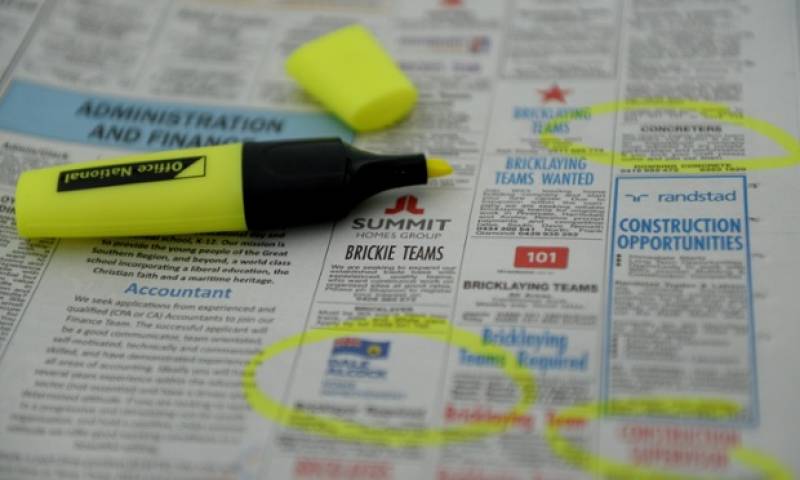 The unemployment rate fell from 6.4 percent in January, a more-than 12-year high, according to the Australian Bureau of Statistics -- in line with analysts' forecasts.

Some 15,600 jobs were added to the economy last month, with full-time positions increasing by 10,300 as part-time roles rose by 5,300. The proportion of adults in work or looking for work, measured by the participation rate, fell from 64.7 percent to 64.6.

The Australian dollar was broadly unchanged, trading about 76.05 US cents after the data was released.

Despite the improved figures, the jobless rate remained among the highest levels seen since late 2002, reflecting an Australian economy in a rocky exit from an unprecedented mining investment boom that has helped the nation avoid recession for more than two decades.

"We do not view the improvement in the unemployment rate as a change in the upward trend," ANZ Bank's co-head of Australian economics Riki Polygenis said.

"Below-trend growth outcomes -- both past and expected -- are consistent with a further gradual rise in the unemployment rate from here, with new hiring insufficient to keep pace with retrenchments in industries such as mining and manufacturing."

The Reserve Bank of Australia cut interest rates to a new record low of 2.25 percent in February in a bid to support growth in the non-mining sectors.

It kept them on hold at its March meeting but adopted an easing bias which analysts said pointed to another cut, possibly as soon as April.