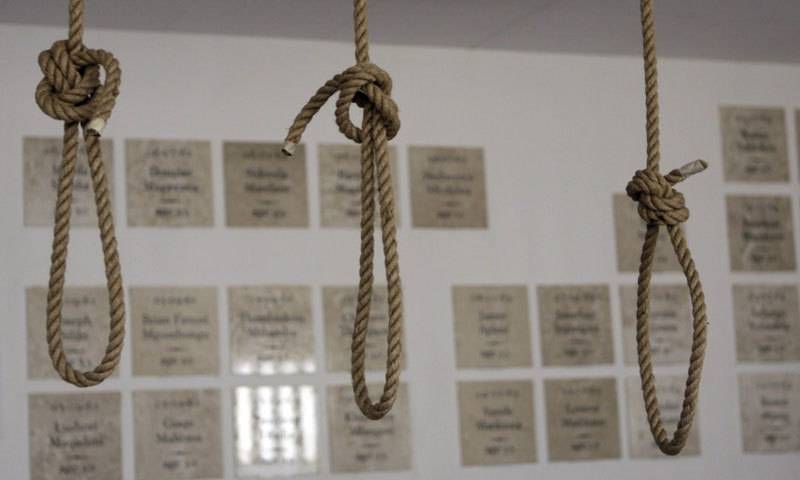 NEW YORK (Web Desk) - The Human Rights Watch (HRW) has suggested that the Pakistani government reverse the lifting of the moratorium on death penalty for capital crimes and move towards complete abolition of the capital punishment, according to a report by the HRW.

The government went ahead with the decision to lift the moratorium completely on March 10, 2015.

Earlier, Prime Minister Nawaz Sharif had partially lifted the moratorium in the wake of the Taliban attack on Peshawar’s Army Public School in December last year.

He also called for the implementation of a nation-wide security plan ─ the National Action Plan ─ to crack down on insurgency and sensitive militant elements across Pakistan. As of this morning, 25 convicts have been put to death since the lifting of the moratorium on Dec 17, 2014.

“Government approval of a potential nationwide execution spree is a knee-jerk reaction to a terrible crime rather than a considered response to legitimate security concerns.”

There are currently more than 8,000 prisoners on death row in Pakistan facing execution for both, terrorism and capital offenses including murder, rape, treason and blasphemy.

The HRW’s concerns may not be completely unfounded as some prisoners on death row belong to marginalised groups, and may not be able to secure a fair trial for themselves.

Human rights law upholds every human being’s ‘inherent right to life’ and limits the death penalty to ‘the most serious crimes,’ typically crimes resulting in death.

Pakistan should join with the many countries already committed to the UN General Assembly’s December 18, 2007 resolution calling for a moratorium on executions and a move by UN member countries toward abolition of the death penalty.”

Mr. Kine believes that Pakistan’s government should recognise the well-documented failure of the death penalty as a crime deterrent and join the growing number of countries that have abolished capital punishment.

“The government should treat the death penalty for what it is: a cruel and irrevocable punishment rather than a policy solution to complex crime and security problems,” he said.