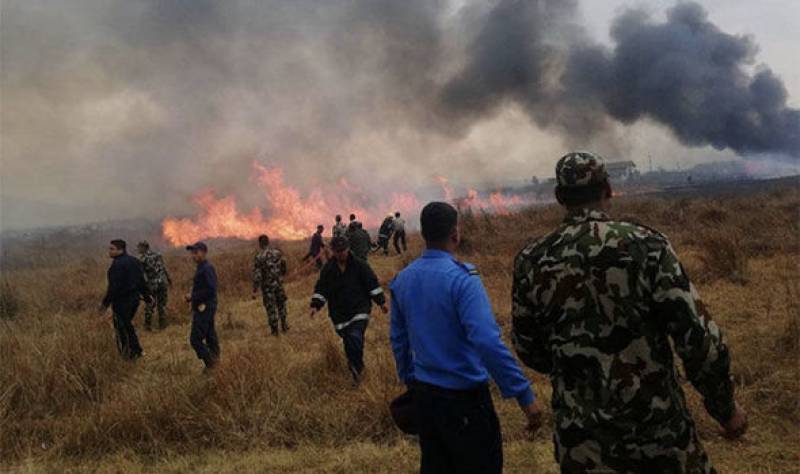 KATHMANDU -  A Bangladesh airline passenger jet with 78 people on board crashed while landing at Nepal's Kathmandu airport on Monday, reported international media.

The plane from US-Bangla went off the runway while landing and crashed on Tribhuvan International Airport's runway, the Kathmandu Post reported.

The plane is believed to have been travelling from Dhaka when it met the accident in Kathmandu.

Photos, which are being shared on social media, show a huge cloud of black smoking is billowing into the sky at the airport 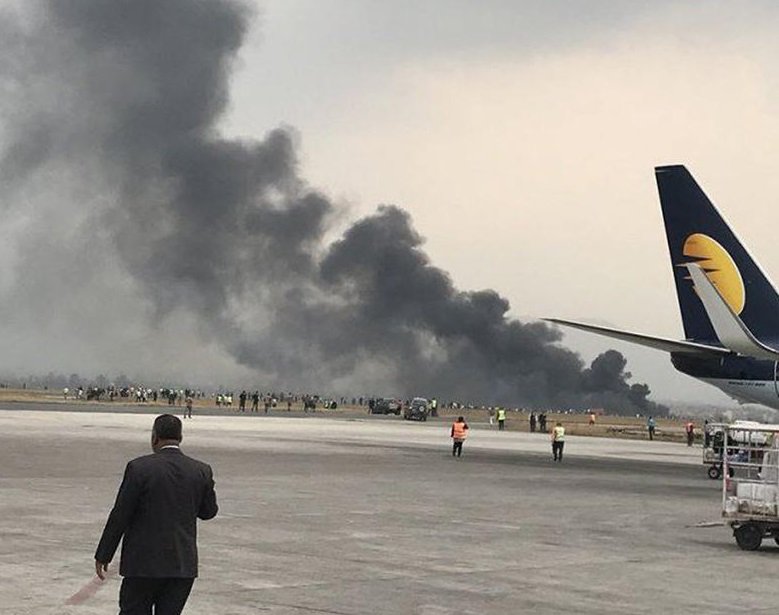 Initial reports suggest 17 injured have been shifted to hospital, while efforts are underway to extinguish the fire that has engulfed the plane. 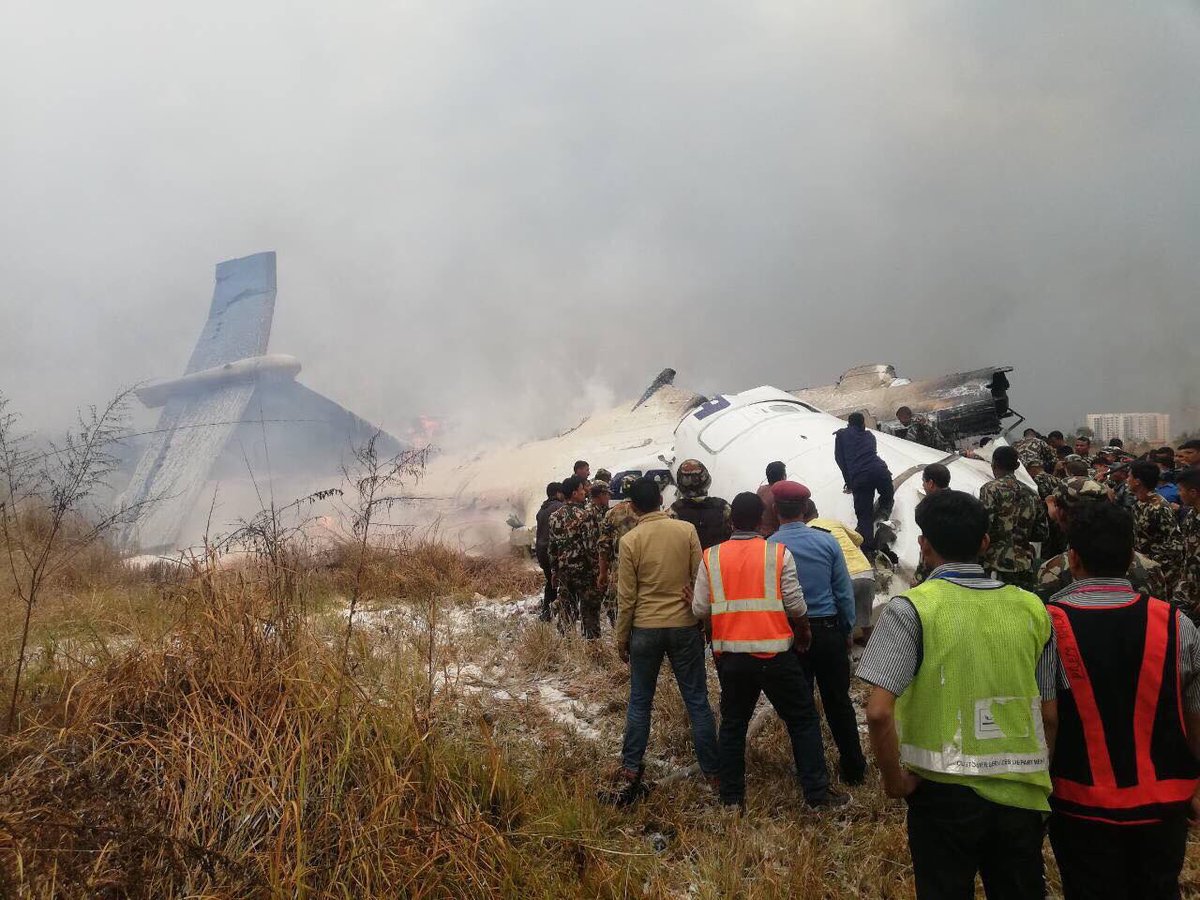 An official of the airport said that casualties feared.