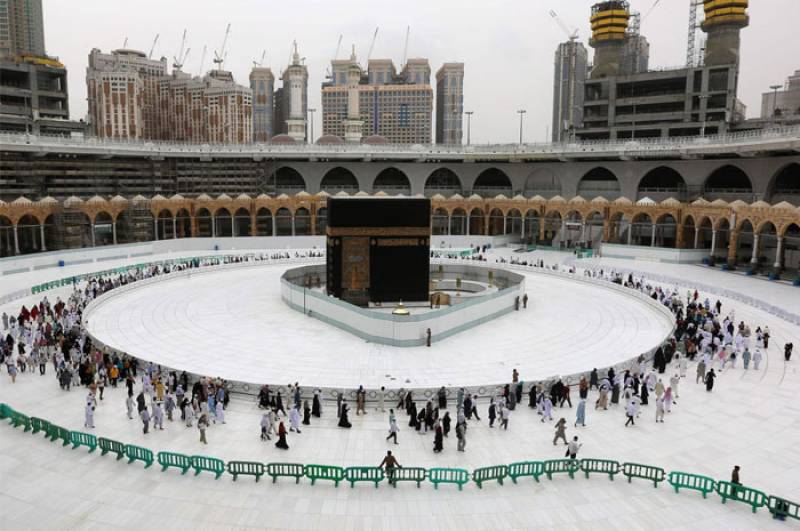 ISLAMABAD – Requests from people of 160 nationalities in the Kingdom have been screened electronically to select who will perform Hajj this year, Saudi Arabia's Ministry of Hajj and Umrah said on Monday .

The requests were sorted in accordance with high standards that will ensure the safety and good health of pilgrims.

The deadline for all applications was July 10 and the main criterion for selection is good health, Arab news reported.

He stressed that the rituals will be held according to the necessary preventive and social distancing measures against the coronavirus.

Touching the Kaaba, the holiest site in islam, will be banned, and a social distancing of a meter and a half between each pilgrim during the rituals, including mass prayers and while in the Kaaba circling area, will be imposed.

Access to holy sites at Mina, Muzdalifah and Arafat will be limited to those with Hajj permits starting July 19 until August 2, and wearing masks all the time will be mandatory for both pilgrims and organisers. People accessing these sites without a permit will be fined 2,666 Dollars. The fine will be doubled for repeat offenders.