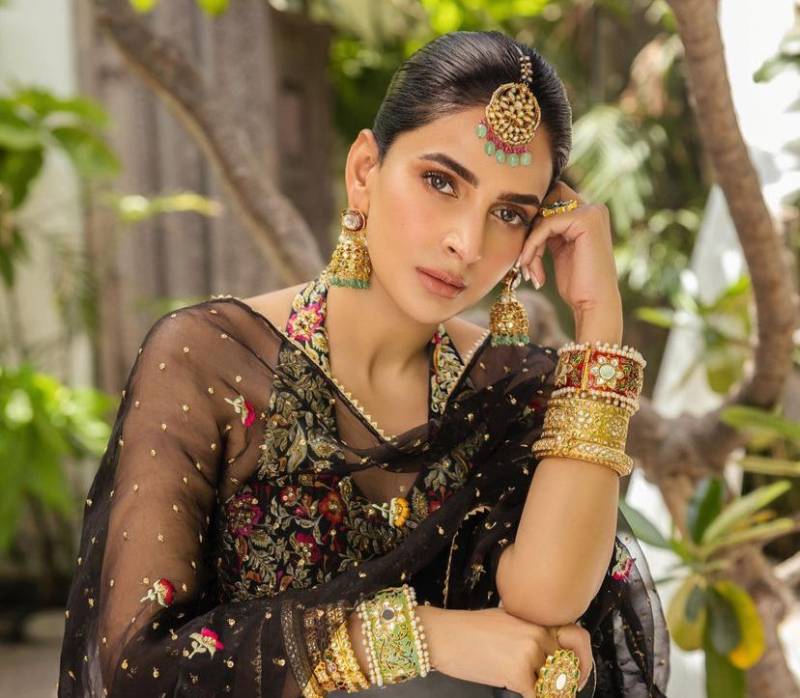 Lollywood diva Saba Qamar is a talent powerhouse who has wooed the audience with her charismatic performances in the entertainment industry.

An actor par excellence, the Baaghi star's craft has won appreciation beyond borders. The 37-year-old superstar has fans hooked with her plethora of upcoming projects. But her massive fan following is equally curious about her marriage plans.

This time around, Qamar finally disclosed her wedding plans on Nida Yasir’s show and said, “My first priority would be the person whom I’ll get married. I’ll look at the person and his nature before his income."

"If he’ll be a person with good nature, we can grow together. I don’t want a rich family with toxic people. It’s better to live a normal life with good people. Respect is the thing which matters a lot to me. A person's family also matters a lot as they are the one who brought him up,” revealed the Cheekh actor.

“I’ll soon share good news with my fans and followers. I’ll host a simple reception. I want a simple wedding with close friends and family members, I don’t need a large gathering at my wedding but I’ll surely invite the media houses at my wedding to make it viral,” she concluded.

Lollywood diva Saba Qamar is the ultimate female superstar with her unmatched stardom and blockbuster ...