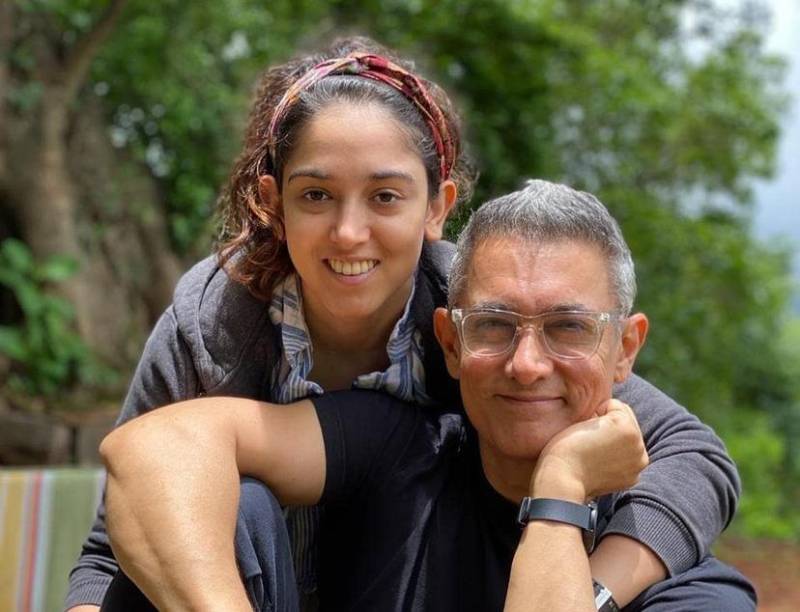 Bollywood superstar Aamir Khan's daughter Ira Khan celebrated her 25th birthday with her parents, close friends and boyfriend and had a blast at her pool party.

Celebrating her special day, the star kid had two different cake-cutting ceremonies, one with her boyfriend Nupur Shikhare and another one with her parents- dad Aamir Khan, mom Teena Dutta and step-brother Azad Rao Khan.

However, netizens are lashing out at the 25-year-old over her wardrobe choice. The aforementioned pictures show Ira's parents celebrating her birthday after a pool session. Dressed in a two-piece bikini, Khan had a fun-filled birthday party.

In the comments section, people can be seen trolling Ira for no legitimate reason, just because they do not approve of her dressing. Have a look:

On the work front, Aamir Khan and Kareena Kapoor will grace the big screen with the highly anticipated movie Laal Singh Chaddha.

In rare interview, Aamir Khan talks about his relationship with ex-wives and children