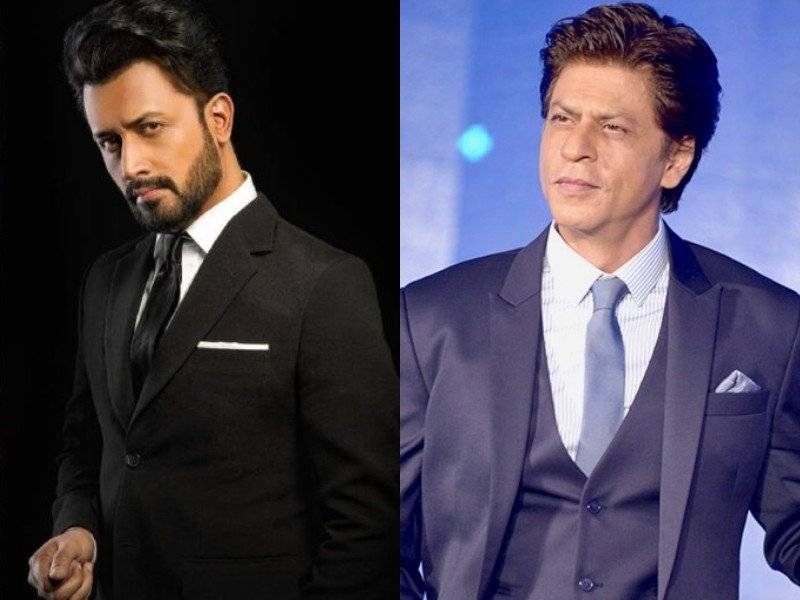 Pakistani pop star Atif Aslam replied to Bollywood superstar Shah Rukh Khan through an interview in which he said he sang Gerua song for SRK but his team did not put him through.

In an interview with the BBC's Haroon Rashid, Atif Aslam opened up about his recent releases, old hits, desire to work with newer artistes and not 'being too busy' for Shah Rukh Khan.

About reports alleging he refused the offer to sing for a Shah Rukh Khan film, Aslam clarified, "No, no, there was nothing of the sort. I've just come across him once in my life and he was a wonderful person."

He also added that SRK never personally asked him to sing the song. "His team got in touch with us and we recorded the song and sent it back but I don't know what happened. Something happened that was not conveyed to him. Next thing I know, Shah Rukh Khan is saying Atif Aslam is too busy for my song, maybe he's too busy singing for a Chinese film," laughed Aslam, adding, "If Shah Rukh Khan sees this, I was not busy, I can never be busy for you! I’d love to sing for you anytime.”

While promoting his film Dilwale, in one interview, SRK made an interesting revelation. About the film's love anthem Gerua, SRK confessed that Arijit Singh was not his first choice. "We had approached Atif Aslam to sign Gerua first. But he did not have time for me," claimed the superstar.

When the interviewer quipped that Aslam was not singing Pakistani songs either, SRK laughed and replied, "Then he must be singing for Chinese films now."