"Daddy, what did you do in 'The Great Meme War'?" Dank memes become part of history 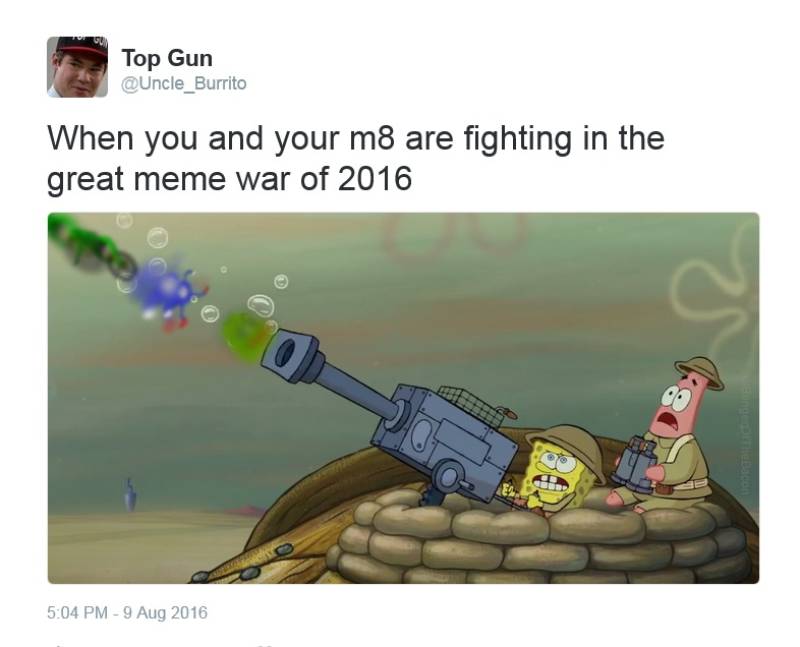 NEW YORK - With the conclusion of US presidential elections, the cyber war based on memes between different political parties has finally become part of history.

The Great Meme War refers to the internet based war conducted by supporters of numerous presidential candidates of both parties from June 2015 to November 2016. 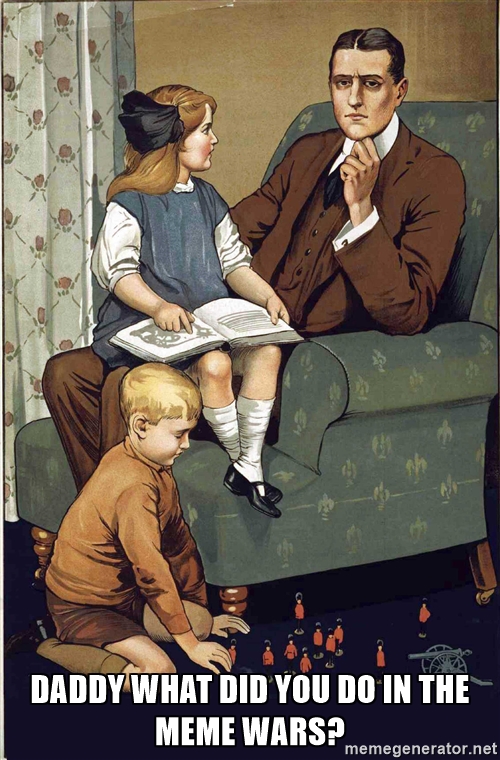 During this time period users of social media, mostly from Reddit and 4chan, conducted numerous "operations" to sway the public opinion of United States citizens to assist their preferred candidate and their presidential campaign. 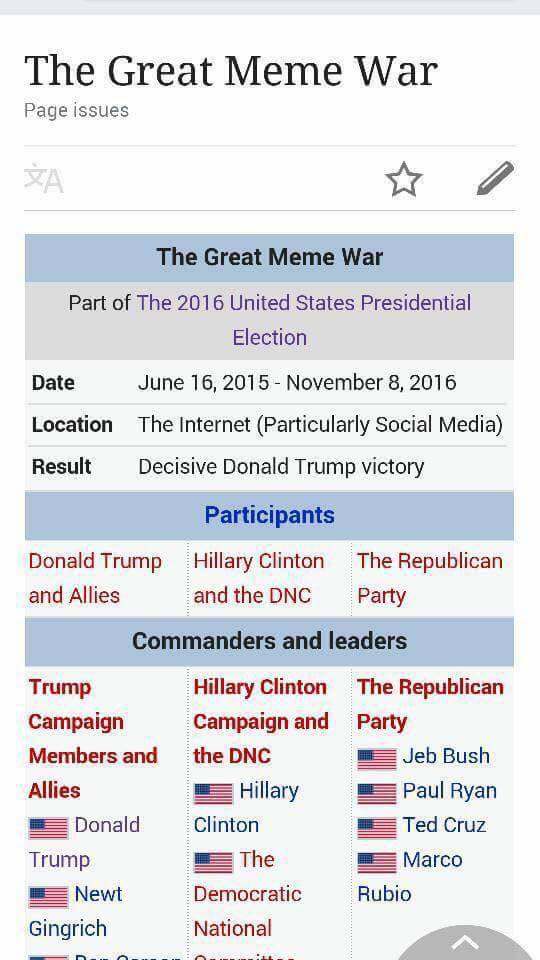 However, the cyber meme war has finally ended with Donald Trump's victory. 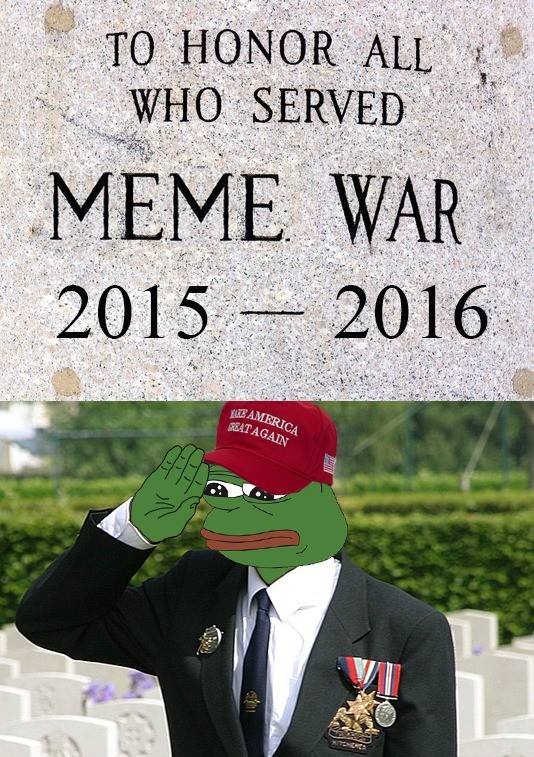 Social media buffs also made fun of the war and asked to themselves as to how would they respond to the questions regarding their participation in war.