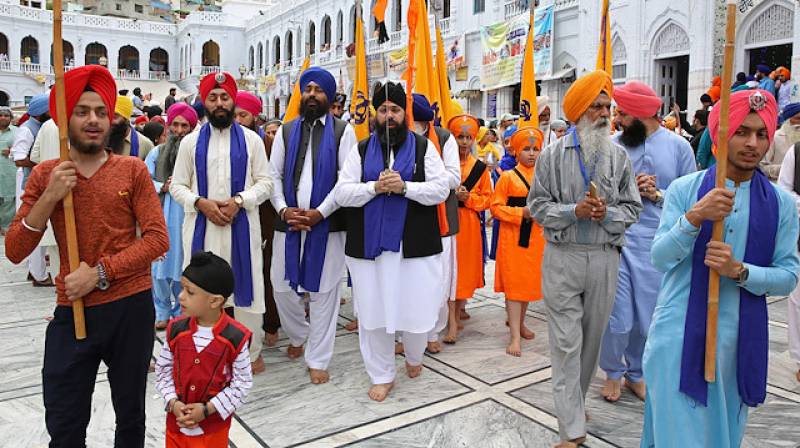 LAHORE - The Sikh community is observing 550th birth anniversary of spiritual leader Baba Guru Nanak's all over the world, as the main ceremony in this regard will be held at Gurdwara Janam Asthan at Nankana Sahib today.

Several federal ministers will join large numbers of Sikh religion followers from the world over in the ceremony.

Foolproof security arrangements have been made to avoid any untoward incident.

Meanwhile, Punjab Chief Minister Usman Buzdar in his message on the occasion said the opening of Kartarpur corridor has rejuvenated the joys of Sikh community and it is another historic step of the PTI government for promotion of religious harmony.

The Chief Minister said that Baba Guru Nanak promoted the message of brotherhood and government welcomes the Sikh community coming to the Punjab province for attending the birthday celebrations.

He said that Sikhs are enjoying complete freedom to live according to their faith in Pakistan .

Sardar Usman Buzdar said that special attention is being paid to the maintenance, renovation and security of Sikh community's worship places.

Earlier on Nov 9, Prime Minister Imran Khan, who envisioned a year ago the construction of Kartarpur Corridor between Pakistan and India, inaugurated the facility which will allow visa-free entry to Sikh pilgrims from India into Gurdwara Dera Sahib at Kartarpur.