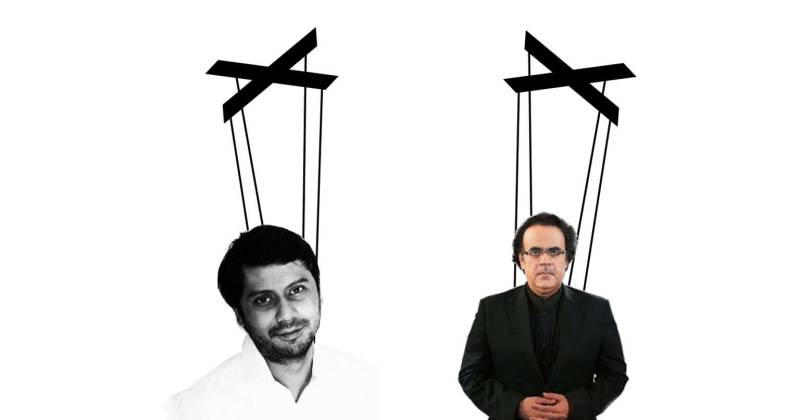 So it seems that Cyril Almeida has been banned from leaving the country. That is a serious punishment for a journalist whose only crime was not writing "Sponsored Content" at the beggining of his story about a civil-military meeting.

1. Cyril Almeida, who is an Op-Ed writer and has not filed a story for years, went out and got an amazing scoop after hard work and deep analysis.

2. Someone made a story and gave it to Cyril with clear instructions on how to publish it.

3. Cyril Almeida made the whole thing up.

All journalists rallying behind Cyril and Dawn must consider these possibilities before doing so.

If possibility No.1 is true then all journalist must rally behind Dawn and Cyril irrespective of what National Interest is or is perceived to be by our security establishment.

However, if No.2 or 3 are correct then we must recognize Cyril Almeida as the latest student of Dr Shahid Masood School of Journalism and treat him as such and recognize that rallying behind him is detrimental to the cause of free press in the country.

So, what is this School of Journalism? All journalists in Pakistan worth the newsprint their articles are printed upon understand how this school works:

Step number one: Endear oneself to a specific party in Pakistan's power politics.

Step number two: Air all planted news pretending that you have spent time, effort etc to gather and analyze some crucial information.

This is how (I think) an establishment 'journalist' knows everything about meetings happening behind closed doors. This is how he knows when Army Chief (allegedly) brutally admonishes CM Sindh or Nawaz Sharif in secret meetings. Understandably, the current govt doesn't like the good Doctor because he is clearly a partisan in the power-play and no longer an objective reporter. His partisanship (in opinion of many commentators) absolves him from the ability to hide behind the banner of "press freedom" while doing what he does. That is the reason behind our deep non-existent respect for such journalists.

Now since I don't get any information from behind closed doors and don't have access either to the govt or the military I will have to resort to conjecture.

We can eliminate possibility No.3 (from the aforementioned list of possibilities) because the story is obviously true. Even the first denial published by the PM's office admitted that the story contains "half-truths". Half truth is a type of truth and that is the best we can get in this country.

So we are left with possibilities 1 and 2.

If possibility No.1 were true, the civil govt would've been in complete disarray and there would've been a witch hunt to find the people who leaked the story because they are the actual culprits, not Cyril. It's not even that hard to find the culprit(s) and start actual legal proceedings against them, because the meeting only had half a dozen or so people and all their names are known. They can be fired, taken to court etc. But we know there is no witch-hunt, no effort to find the real culprits.

If this possibility is true we can predict that there will be no witch hunt, and that after temporarily putting Cyril's name in ECL (which makes no sense whatsoever) the story will be buried and this will go the way Memogate did.

This leads us to the actual story behind the story: Why was this story leaked and by whom? This is what true journalists in Pakistan (if any exist) should be asking.

Of course, all that is just conjecture. I do not know anything. I am not even a true journalist. But all those who are must be wary of supporting a new charlatan just because at the end of the day all underhanded tactics and partisan journalism, irrespective of their political positions, hurt the actual cause of free press in the country.

Clarification: I have used Dr Shahid Masood as an example of a perceived establishment journalist only. He may or may not be actually an establishment stooge, but for sake of exposing a hypocritical stance, I am making an assumption that he is - which may be erroneous. In short, if obvious partisanship and publishing planted material takes from the credibility of one journalist, it should be the same for the other.