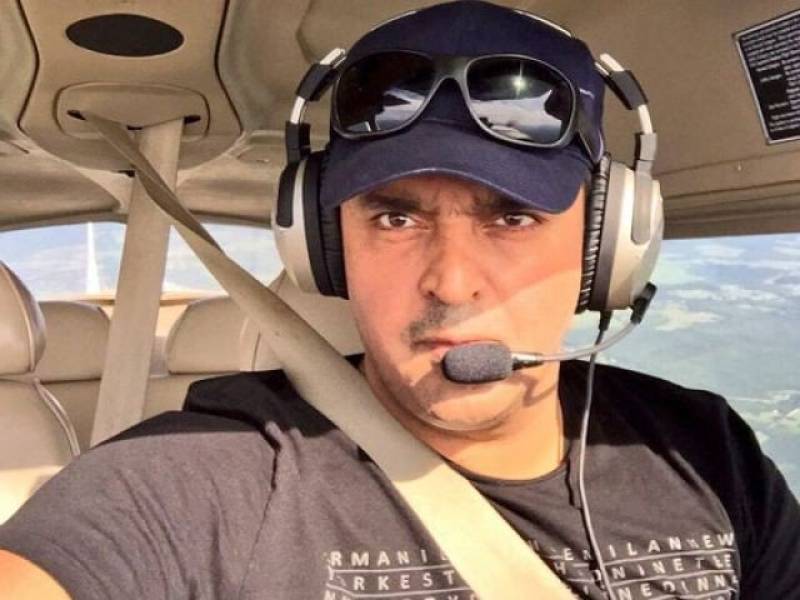 LAHORE - Three years ago, pop singer Fakhr-e-Alam announced his love for flying and aircraft. However, after a lot of hard work and determination, A few days ago the 42-year-old revealed that he is now one step in achieving his dream and now the time has come and the star is living his imagination in reality.

Alam had initially scheduled to take off on October 6 but due to technical issues in the aircraft, a Pilatus PC 12NG, his journey was delayed by a few days. However, beating Hurricane Micheal, he took off from Clearwater and headed straight to Manchester, New Hampshire where he had a “good lunch and fuel” before landing in Goose Bay, a small ghost town in Canada at 1950 hours local time.

Alam who is actively updating his whereabouts and documenting his journey on social media shared pictures of his flight and journey. 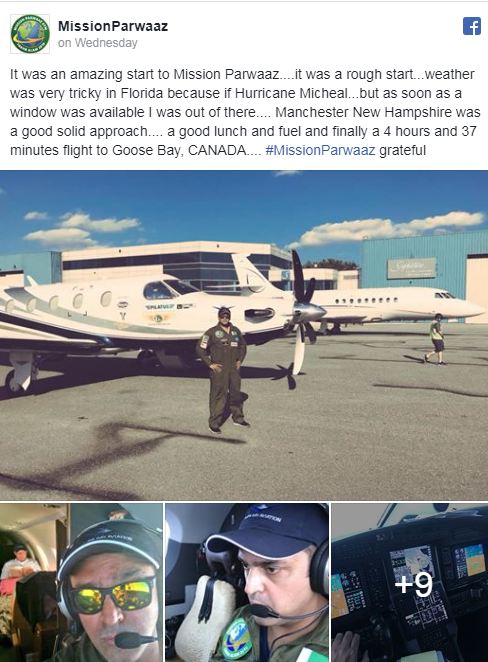 Alam had also said that he was very grateful for all the support that he has been receiving and requested his fans and followers to pray for his safety.

Sharing the details of his next leg, Alam wrote, “Going to sleep here in Goose Bay Canada. Pakistan, I need your help. Tomorrow 11th Oct is one of the most dangerous leg of this journey. From Goose Bay to Greenland to Iceland…I really need your prayers for this one.”

In a video message, he said that he will be taking off from Goose Bay at 5 am.

Going to sleep here in Goose Bay Canada.... #Pakistan I need your help... tmrw 11th Oct is one of the most dangerous leg of this journey. From Goose Bay to Greenland to Iceland...I really need your prayers for this one... Good Night #MissionParwaaz pic.twitter.com/qwdMW3exD8

Talking to an English publication, Alam stated that “My aim is also to present a positive picture of Pakistan to the world and show them that we are a brave and peace-loving nation and are no less than any other country.”