'We are with people of Indonesia,' UN chief tours tsunami-hit city 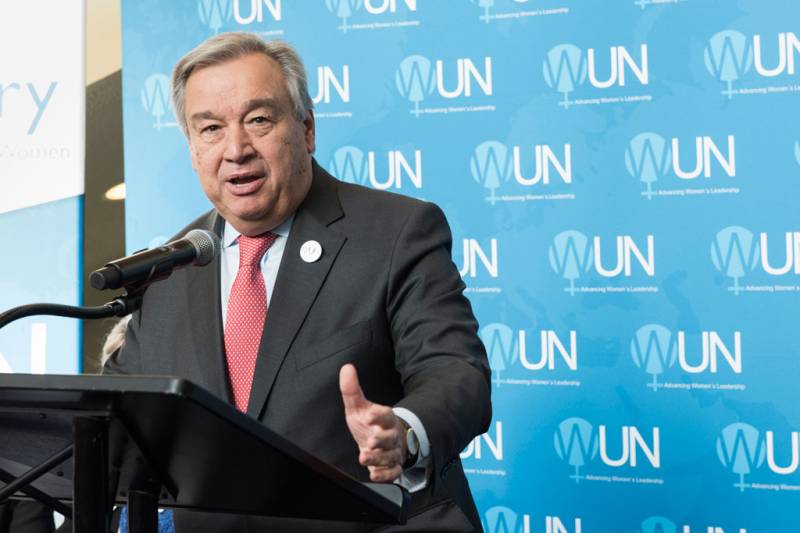 A 7.5-magnitude quake and a wall of water struck the city on Sulawesi island on September 28, leaving entire neighbourhoods in ruins and 200,000 people desperate for humanitarian assistance.

Rescue teams scoured the wreckage for a fortnight before calling off the search for the dead, acknowledging as many as 5,000 missing people would never be found.

Guterres and Indonesian Vice President Jusuf Kalla toured one of the worst-hit areas, and spoke with survivors being treated at an outdoor tent hospital and evacuation centre.

"We are with the people of Indonesia and Sulawesi," Guterres said after surveying the devastation at Balaroa, a hard-hit neighbourhood in Palu.

Entire villages were sucked into the earth at Balaroa when soil turned to mush under the force of the quake.

Monuments are planned to remember untold numbers of victims buried by soil and rubble.

On Friday, UN chief @antonioguterres travels to Palu, central Sulawesi, to see for himself the devastating effects of the tsunami & earthquake

"The UN is with you to support government-led rescue and relief efforts," Guterres posted on his Twitter account, accompanied by a photograph of broken roads and destroyed houses.

Rescuers struggled to retrieve the dead, the grim job compounded as mud hardened and bodies decomposed in the tropical heat.

The search operation is over, but attention is shifting to the massive clean up and relief mission to assist survivors.

The UN has sought $50.5 million for urgent relief to assist survivors in need.

Getting vital supplies to affected areas has proved challenging as flights into Palu remain limited by its small airport, and overland travel is slow.

Aid organisations say a dearth of clean drinking water and medical supplies remains a very real concern in the coastal city of 350,000.

Nearly 90,000 people were displaced by the quake, forcing them into evacuation centres across the rubble-strewn city.

Officials said it could be two years before all the homeless are found permanent accommodation.

Indonesia sits in the world's most tectonically active region, and its 260 million people are vulnerable to earthquakes, tsunamis and volcanic eruptions.