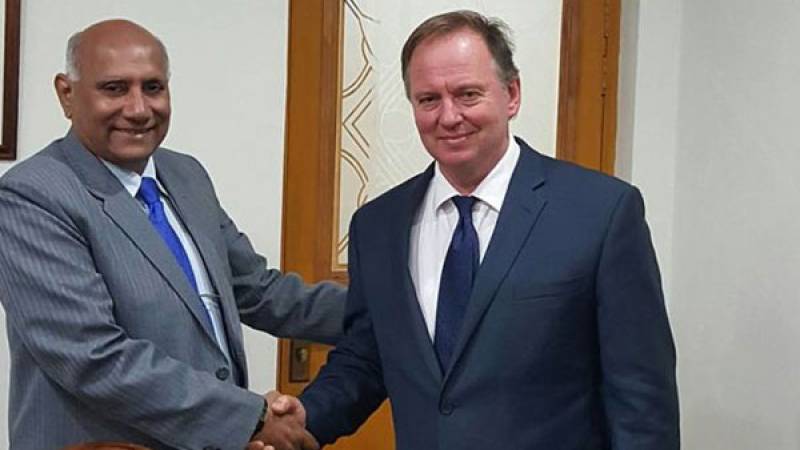 LAHORE – The principal of Pakistan’s prestigious Aitchison College, who had to face an inquiry for taking a principled stand over the suspension of a politician’s son, will take back his office soon, sources said late on Wednesday.

Michael Thompson, an Australian educationalist, had reportedly resigned from office after he had to face an inquiry into the suspension of Azlan Khan, the son of former MNA Kashmala Tariq.

Kashmala is the current Federal Ombudsperson for Protection against Harassment of Women at the Workplaces, since February 2018. Previously she has been a member of the National Assembly of Pakistan from 2002 to 2013.

Sources privy to the development told Daily Pakistan that Khan, a student at Aitchison's senior school, was among 12 boys who were suspended from senior school over a nasty fight on campus.

The scuffle broke out during mock exams for O-levels. Azlan says the 'unruly' students hurled abuse at her. Taking disciplinary action, the school decided that all 12 boys would not be allowed admission to A-levels. However, when the school reopened after the summer holidays, out of the 12 boys, only Kashmala’s son had reportedly been refused admission to the next class.

The student was also barred by Mr. Thompson from attending the College gala as per the rules.

Kashmala Tariq then moved a complaint against Mr. Thompson to Punjab Governor Chaudhry Sarwar soon after he took oath last week. The Punjab governor also holds the chair of the Board of Governors of Aitchison College.

Kashmala accused the principal of unfairly expelling her son from the school despite her requests for an impartial inquiry into the incident. The governor reportedly sought a report on the issue from Thompson and also formed a three-member committee to investigate the case.

Objecting to the chairman’s ‘unilateral’ decision of launching a probe against him, Mr. Thompson resigned from the Principal’s office, saying he could not “work in such circumstances”.

Sources say efforts are being made to resolve the issue amicably between all the parties involved.

On Wednesday morning, a delegation of old Aitchisonians also visited Governor Sarwar to urge him not to accept Thompson’s resignation.

The delegation members say they do not want to lose a person (Mr. Thompson) who not only revamped Aitchison College’s structure as per any other internationally praised Cambridge institute but also embelissed the quality educational system with indigenous colours of Pakistani culture.

Thompson, 60, replaced Agha Ghazanfar as the new principle of the college in 2016. He has 25 years’ experience of working as an administrator of public schools in Nigeria and India.

This year in July, the government extended his visa only for three months whereas more than one year is left in expiry of his job contract.

Reports suggest the visa of the principal was revoked because he had allegedly denied admission to a son of some influential family.

Dr Ghazanfar had alleged that he was punished for upholding merit. He said he was under immense pressure from influential quarters regarding admissions.