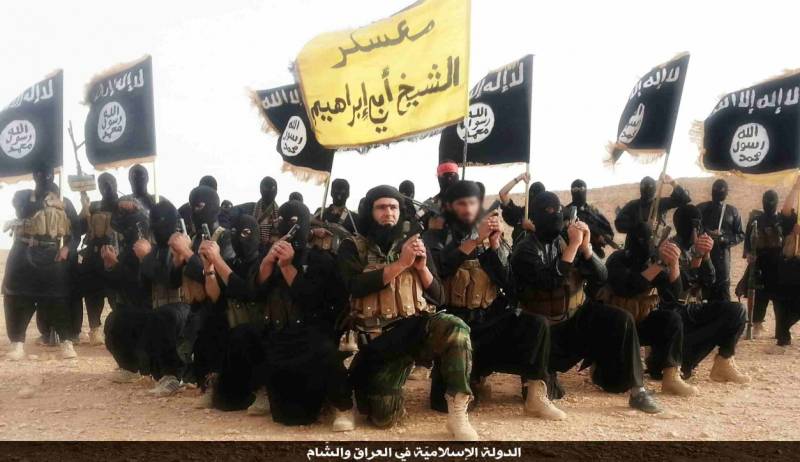 NEW YORK (Web Desk) - The savagery of the so-called Islamic State (IS) has reportedly proved too extreme even for the Taliban, with the group condemning a "horrific" video that appears to show militants blowing up bound and blindfolded Afghan prisoners with explosives.

In the latest example of the ongoing battle for supremacy between the insurgent groups, the Taliban issued a strongly-worded response on Tuesday denouncing the IS propaganda video, which appeared on jihadi social media forums on Sunday.

"A horrific video was released yesterday showing kidnappers who associate themselves with Daesh [IS] brutally martyring several white-bearded tribal elders and villagers with explosives," said a statement posted on the Taliban's website and translated by Reuters.

The Taliban, which has itself been accused of brutality in its attacks, said the prisoners — who were accused by IS as being "apostates" — should not have been treated in such a way.

"This offence and other such brutal actions by a few irresponsible ignorant individuals under the guise of Islam and Muslims are intolerable," it said.

The four-minute video released by IS shows a group of militants digging up the ground and planting explosives on the dirt before leading blind-folded men to kneel on the ground. After detonating the explosives, the video ends with a message in Arabic stating: "Do you have a taste for digging your own graves? Do you want to be beheaded?"

The Taliban's response comes after the group cautioned IS to back off in Afghanistan this June, warning that if the two militant groups were to become rivals in the country, decades of fighting foreign powers and the Afghan government could be undone.

"I think the Taliban is a little frustrated, because they've been doing 99 percent of the fighting for decades," Patrick Skinner, director of special projects at the Soufan Group, which tracks extremists, told VICE News at the time.

Though experts say it is unclear how many resources IS has devoted to Afghanistan, in January the group declared the country, along with Pakistan, to be part of its "Khorosan" province, leading militants in both countries to swear allegiance to its self-declared caliphate and carry out attacks in its name.

The Taliban has long enjoyed an alliance with al Qaeda, which until the Islamic State's rapid ascension last year was seen as the top dog among international terrorist organizations. Making matters worse for the Taliban, its top leadership is increasingly fractured, leaving it a ripe target for IS, a group that espouses fighting on a global scale and that has embraced social media.

The group has recently been hit by a series defections to IS, with some pledging allegiance to its leader Abu Bakr al-Baghdadi and citing disillusionment with Taliban leader Mullah Omar, who was revealed to be dead last month.