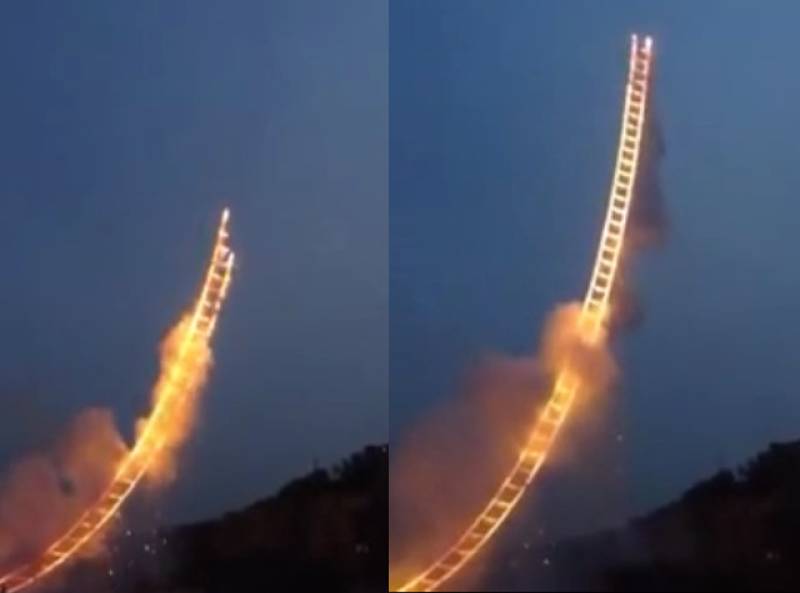 NEW YORK (Web Desk) - A Chinese artist has found a unique way to express his love to his grandmother: a gigantic staircase in the air. 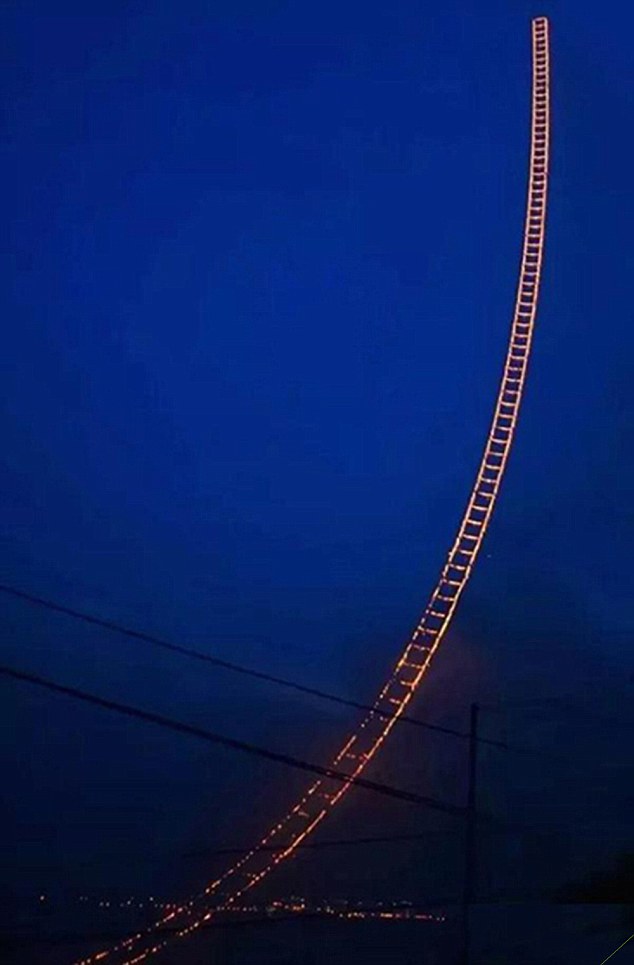 These stunning photographs show the 1,650ft ladder, made with fireworks, stretch right up into the sky in Quanzhou, south-eastern China. 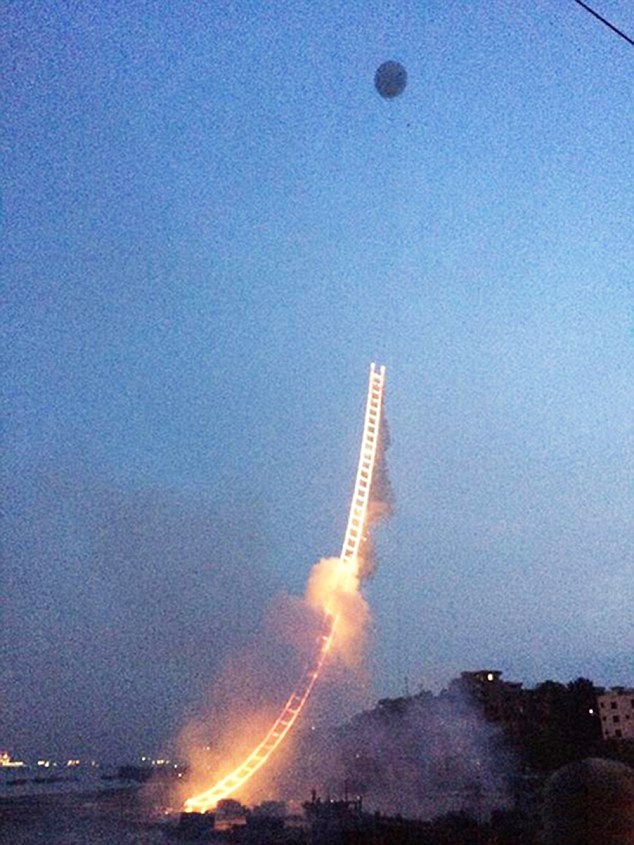 This is the work of Cai Guoqiang, an artist who is originally from the city and now based in New York, reported the People's Daily Online. 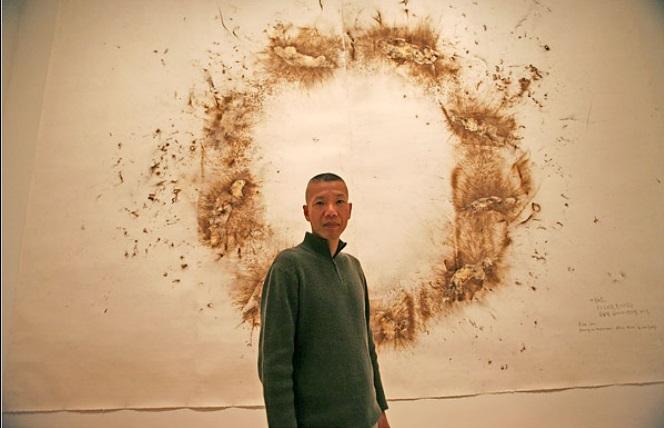 The ladder, which was made of metal wire and aluminum, was filled with gunpowder and attached to the bottom of a hot air balloon. 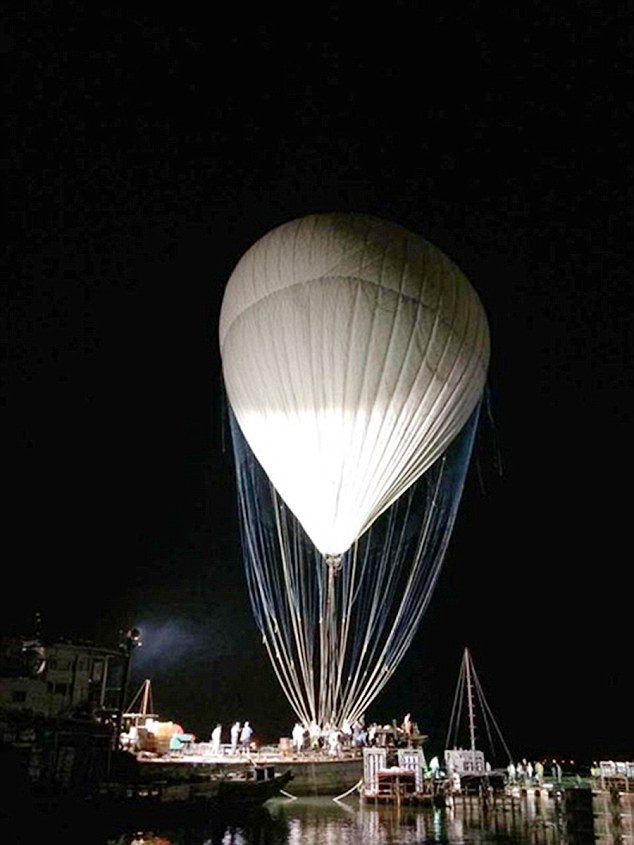 The balloon, which was made with special material, was launched from a boat off the shore of nearby Huiyu Island. 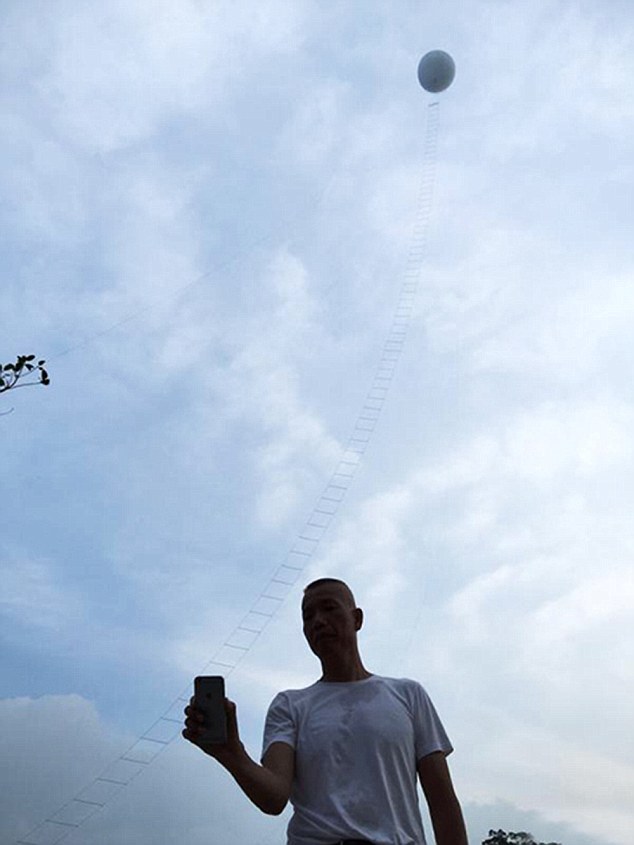 Called the 'Sky Ladder', the project started off as a dream for Mr Cai 21 years ago when he was visiting Bath, England. 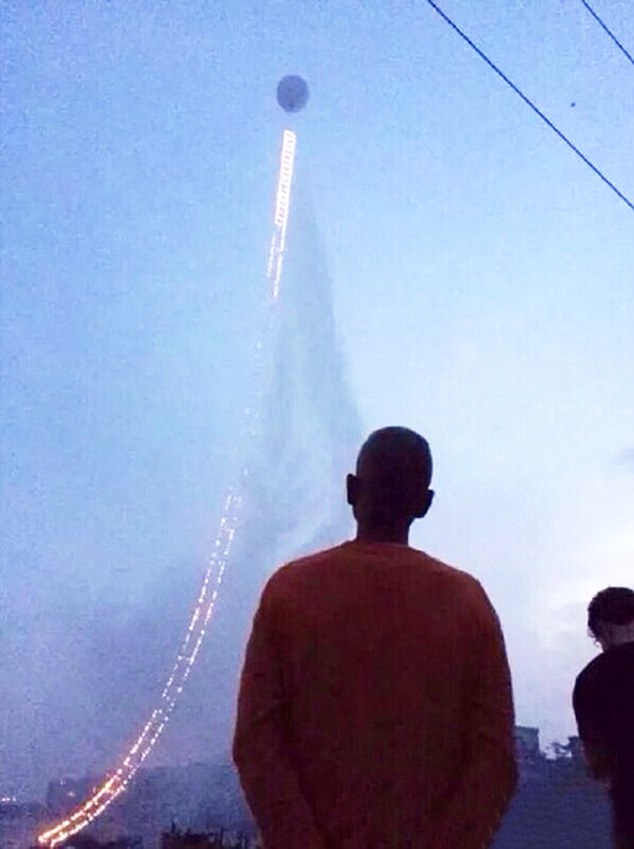 He designed the performance by drawing a draft of the design on the window of an art gallery.

He said he wanted to put on a spectacular fireworks show to thank his grandmother for supporting his dream of being an artist. 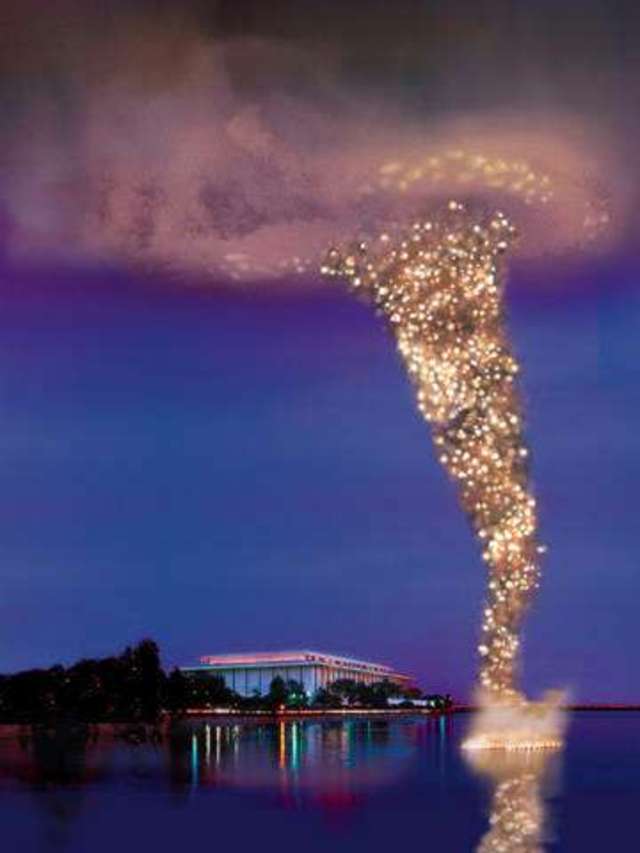 “My grandma was born in a small fishing village in Quanzhou and sold fish to help her grandson realise his artistic dream,” the artist revealed.

As China's most prominent fireworks artist, Mr Cai has created spectacles for a series of international events in the country, including the opening ceremony of Beijing Olympics in 2008. 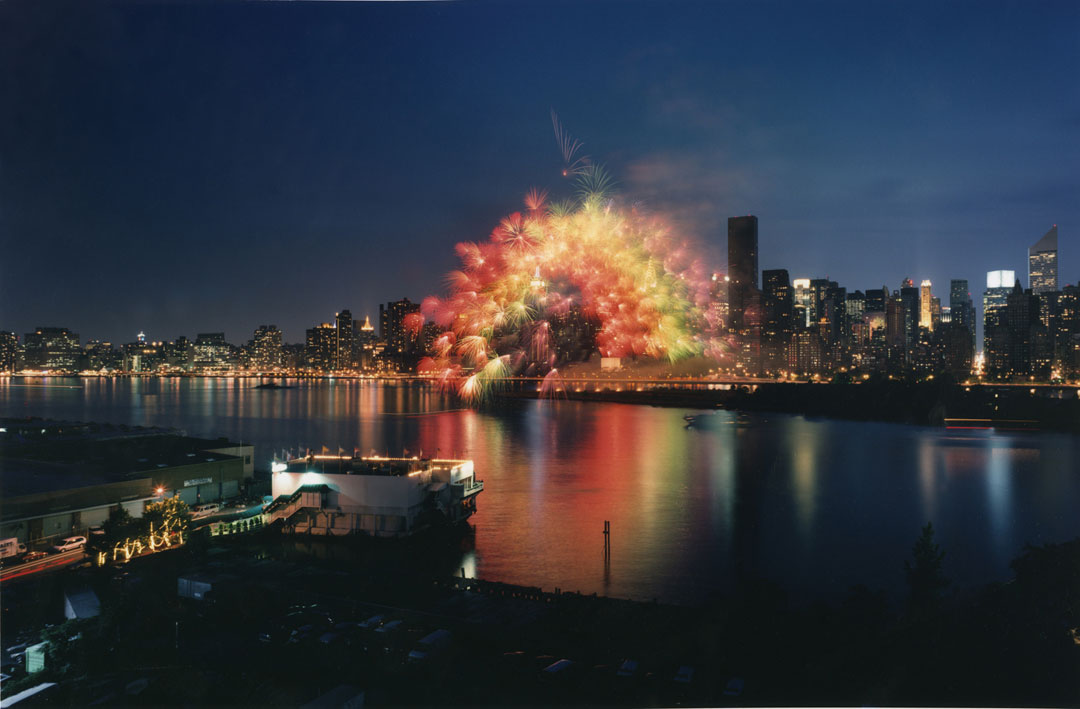 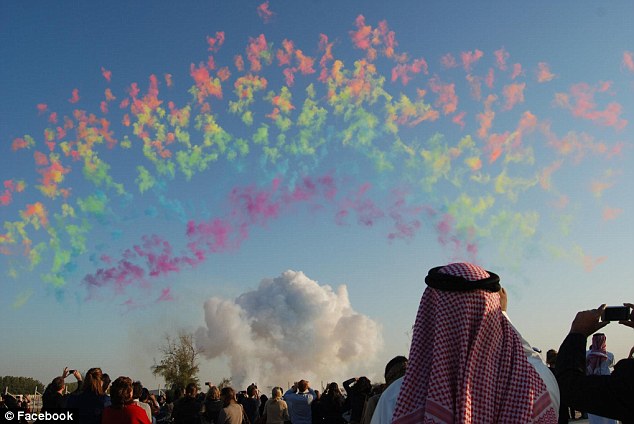 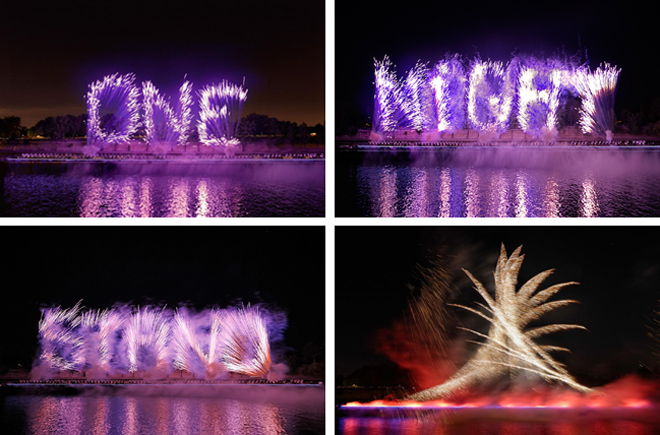 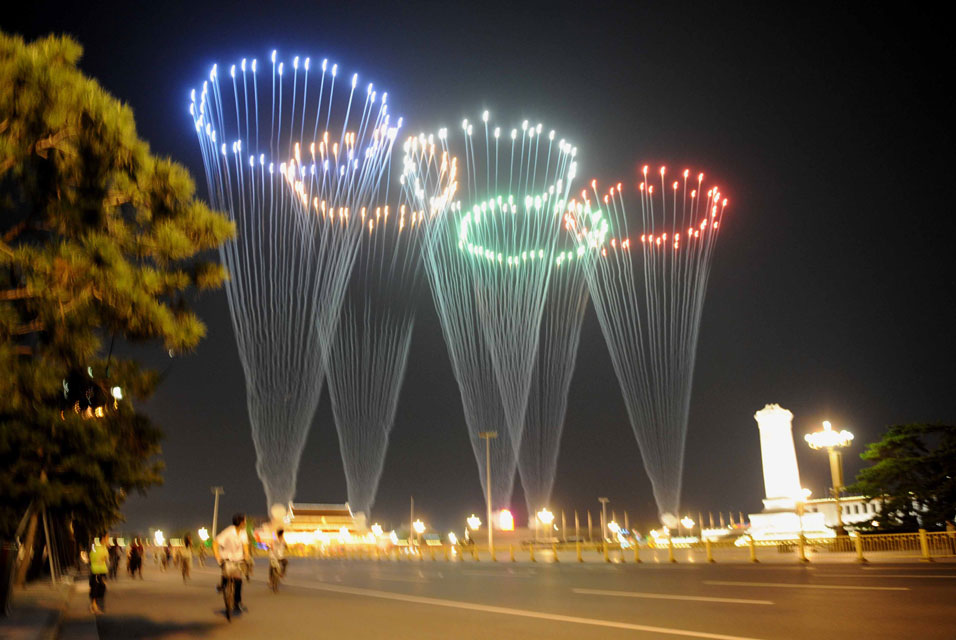 In 2013, he created a massive 80ft long painting of his hometown Quanzhou with the impact of gunpowder explosions, which was later auctioned by Christie's for £1.6 million.