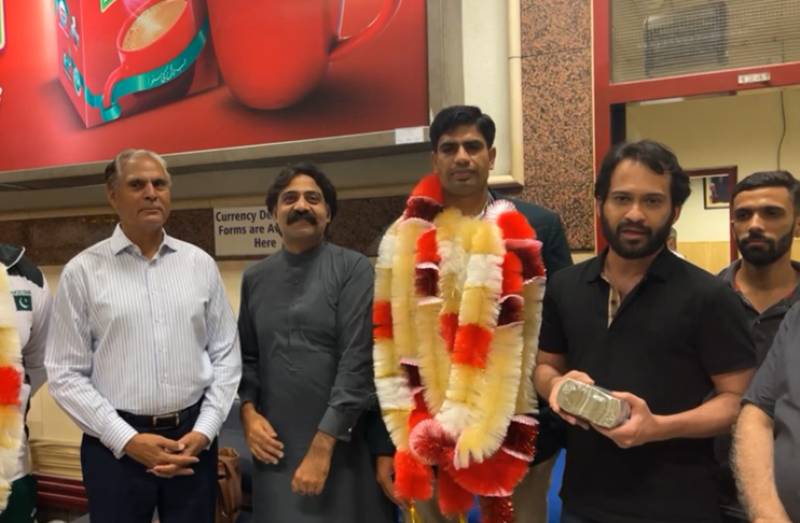 The athlete was given the gift on his return to Pakistan by Zaka who streamed the handing over of it live on his Facebook page.

Zaka said that the aim of giving the money is to appreciate Nadeem's efforts. He added that he had promised on a local television show that whatever he earns from social media, he will give some of it to Nadeem.

Talking about India, Zaka noted that the country has promised presents for their athletes. "Pakistanis should not depend on the government to appreciate these athletes," he said.

Addressing the athletes, Zaka stated that they should look at Olympic records on Google and make a list of targets.

If the athletes are able to achieve the targets, not only him but the whole nation will support them.