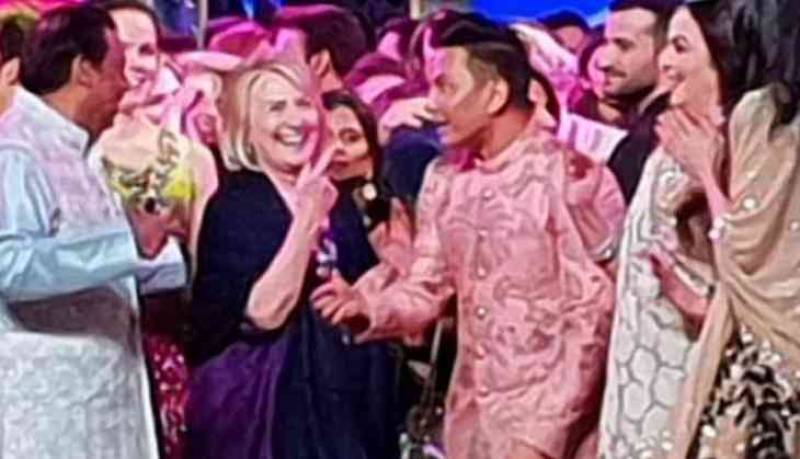 MUMBAI -  Mukesh Ambani and family, who are known to be the richest family of India, have left no stone unturned to make the wedding of their daughter Isha Ambani unforgettable.

The guests attending the wedding festivities include many popular stars of India, the West, and also politicians including former US first lady Hillary Clinton in Udaipur.

Before the wedding, Ambanis hosted a Sangeet party of their beloved daughter Isha which was not less than an award event. The stage was set on fire by multiple performances by the guests also.

Clinton, who arrived in Udaipur on Saturday (last week), was also seen quite excited for the celebrations as she danced to bhangra beats and Bollywood songs with John Kerry, the Ambanis and B-Town stars including Shah Rukh Khan.

The video of the duo dancing on desi beats viral all over social media in no time, let's have a look at the dancing clips of Hilary Clinton and SRK along other celebrities:

Apart from a host of Bollywood celebrities and the former US first lady, singer Beyonce was among the high-profile attendees at the celebrations in Udaipur.