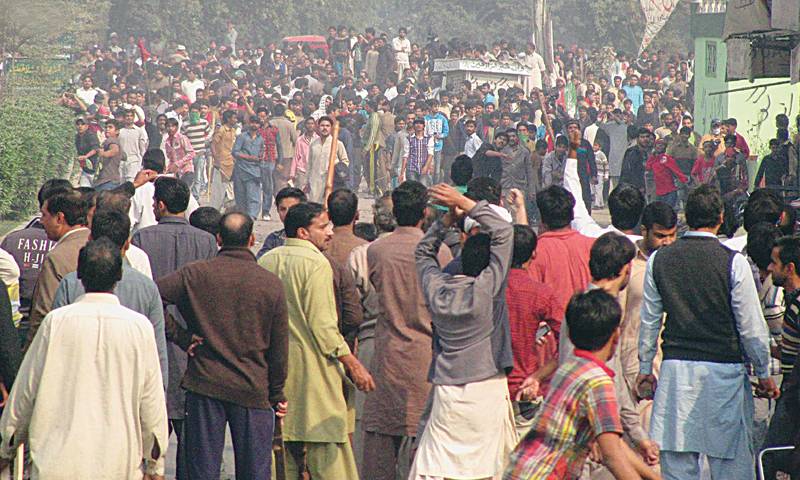 MUZAFFARABAD (Web Desk) - At least one person was killed while eight others were injured in a clash during a political rally in Kotli on Saturday.

According to media reports, clash between Pakistan People's Party and Pakistan Muslim League-Nawaz workers occurred in the Nakial bazaar, area of Azad Jammu and Kashmir (AJK), when PPP rally was heading towards the venue of their convention.

Activists from the PML-N and the PPP parties pelted stones at each other, which resulted in the death of Munshi Khan, reportedly a PPP worker.

The injured were shifted to District Headquarters Hospital (DHQ) Kotli.