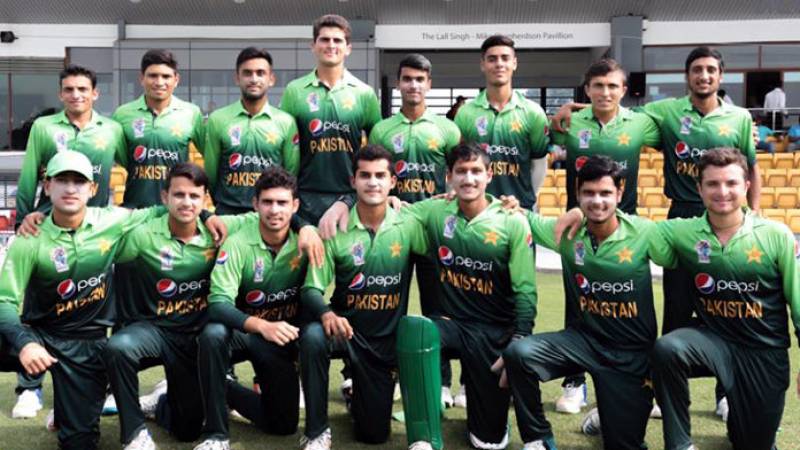 WHANGAREI -  Afghanistan defeated Pakistan by five wickets in the opening match of the Under-19 World Cup on Saturday at Cobham Oval, Whangarei.

Pakistani Under-19 team won the toss and opted to bat first but could manage to score just 188 runs before they were sent to the pavilion in 48th over.

Rohail Nazir was the only batsman who resisted the Afghan pace attack and bagged 81 runs off 105 balls. Ali Zaryab Asif remained the second highest run-scorer with 30.

On the other hand, Afghanistan’s Azmatullah Omarzai and Qais Ahmad picked up three wickets.

Chasing an eay target, Afghanistan took a fine start and trounced Green Shirt with five wickets in hand in the 48th over.

SHARJAH - Pakistan lost to traditional rival India in a crucial match of the Blind Cricket World Cup at the Ajman Oval, ...

Earlier, Afghanistan’s skipper Nawin-ul-Haq had said the team was fully prepared for all the tournament games especially the contest with Pakistan.

He said his team had recently beaten Pakistan two times and the pressure was on them.

The 16 teams have been divided into four groups of four teams each.

Alongside India and Australia, Papua New Guinea and Zimbabwe are also part of the Group B while Group A consists of Kenya, New Zealand, South Africa and the West Indies.

The final will be played on February 3 at Mount Maunganui.

Group B: Australia v India (4am)