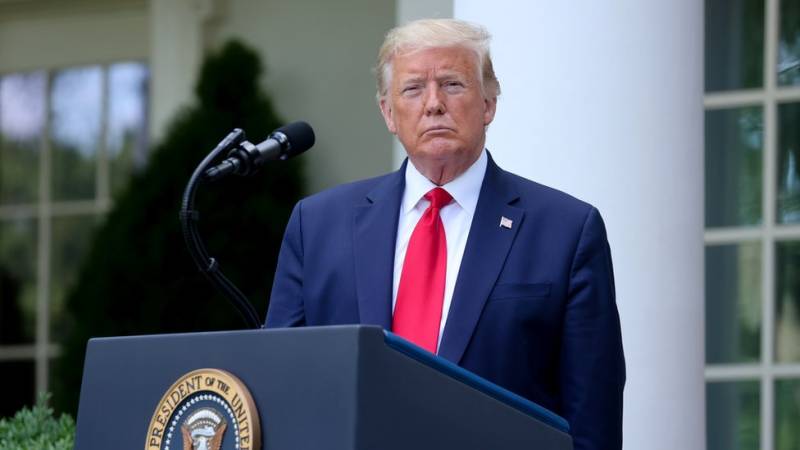 WASHINGTON – US Vice President Mike Pence gave embattled President Donald Trump a lifeline as he has refuse to invoke 25th Amendment for impeaching the latter, even though the Democrats-controlled US House of Representatives voted thrice calling him to replace the president.

"I do not believe that such a course of action is in the best interest of our nation," Pence wrote in a letter to House Speaker Nancy Pelosi.

Despite Pence refusal to strip Trump of powers just eight days before the completion of his four-year term, impeachment proceedings against the president will begin on Wednesday at 9am (7pm Pakistan time.

Trump is under scrutiny after he was accused of inciting his supporters to carry out a mob attack on the Capitol building on Jan 6. During the first such incident in 200 years history of the US, five people including two policemen lost their lives.

While Pence is defiant, it appear that Trump is losing grip on its party as four Republicans, including a member of the House leadership, said they would vote for impeachment of Trump, who is facing it for the second time since in power.

Democrats are all but sure to approve impeachment in the House. However, it is unlikely though that the Republican-controlled Senate would be called into an emergency session to conduct trial of Trump before his term runs out on January 20.

According to CNN, Trump has no plan to resign from the position as he has rejected blames for a deadly assault on Congress by his supporters.