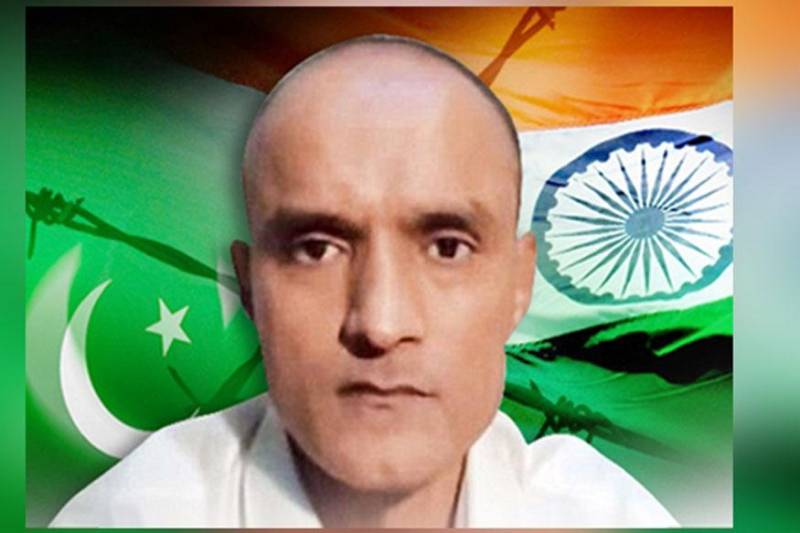 ISLAMABAD - The Foreign Office said Thursday it was reviewing the application to grant visa to Avantika Jadhav, the mother of Indian spy Kulbhushan Jadhav who is awaiting capital punishment in Pakistan.

“Authorities are looking into the request of Indian spy Kulbushan Jadhav’s mother to grant her a visa so that she could visit her son in prison,” FO spokesperson Nafees Zakaria said during the weekly Foreign Office briefing.

In April this year, India had requested Islamabad to facilitate visas for Jadhav’s parents who wish to travel to Pakistan to meet him.

Jadhav, a Research and Analysis Wing (R&AW) operative, was arrested on March 3 last year during a counter-intelligence operation from the Mashkel area of Balochistan.

He was sentenced to death earlier this year for espionage and involvement in terror activities in the country.

During the Thursday's briefing, the FO spokesperson also deplored that India has imposed strict restrictions on the grant of medical visa to Pakistani national, Radio Pakistan reported.

"India’s belligerence poses a serious threat to regional stability," Zakaria said, while condemning frequent ceasefire violations by the Indian forces along the Line of Control (LoC).

“Indian forces committed 542 LoC violations in 2017 so far in which at least 18 civilians embraced martyrdom,” he added.

He urged the United Nations to address this issue and help resolve the long-standing Kashmir dispute. “Pakistan believes in resolution of all issues through dialogue.”