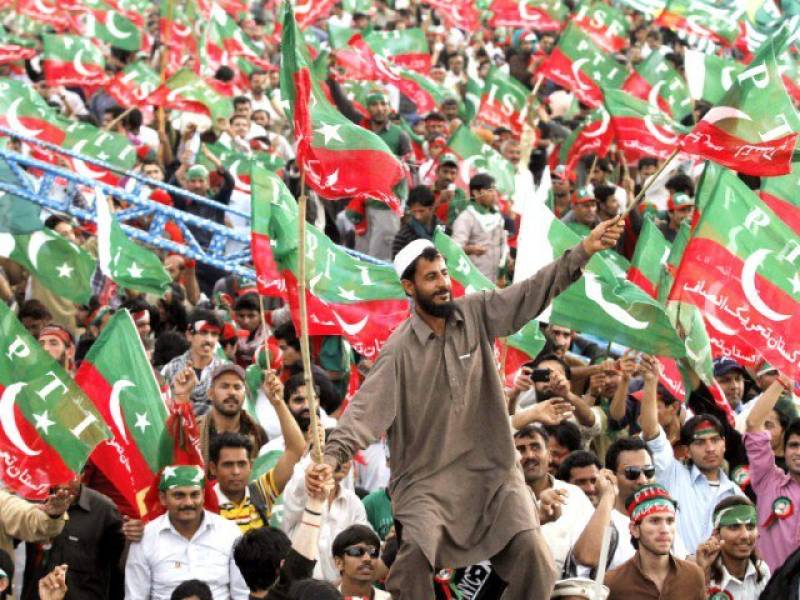 ISLAMABAD - A Switzerland-based multinational investment bank has published a report predicting the win of Pakistan Tehreek-e-Insaf (PTI) in general elections scheduled to held on July 25.

The bank, Credit Suisse, in its detailed report ‘Pakistan Market Strategy’, has given the details of the elections scenarios and the possibility of Imran Khan led Pakistan Tehreek-e-Insaf forming a government through coalition and alliance. 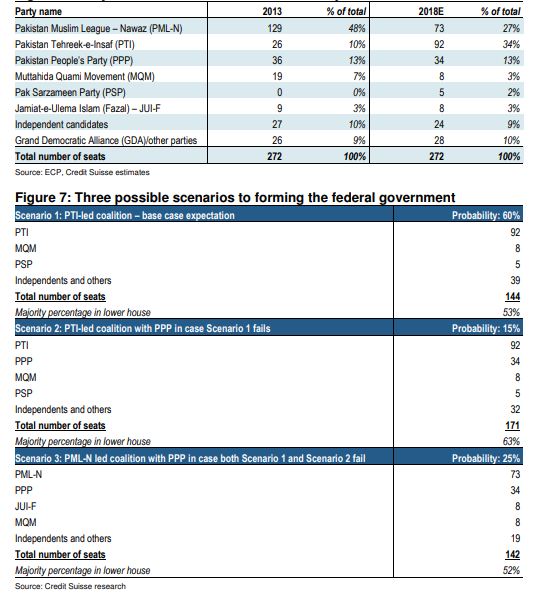 Here are the election scenarios:

PTI-led coalition with MQM, PSP and others

The report expects the PTI to bag 92 seats (34pc) in the National Assembly and eye a 60pc probability of the party forming a coalition government.

PTI-led setup with PPP, MQM, PSP and others

In this case, PTI chairman Imran Khan may have to look towards the Pakistan Peoples Party to shore up the numbers, but the odds of this are low that is 15pc.

The third case suggests PML-N can secure 73 seats (27pc) and in the event that the PTI fails to stitch together an alliance, the party can put forward its own coalition that has a probability of 25pc.

Earlier, Gallup’s Pakistan chapter suggested in its survey that entangled in legal battles and internal conflict, the embattled Pakistan Muslim League Nawaz is losing ground in the run-up to the upcoming elections.

According to research organization which conducts surveys to judge the public opinion, Pakistan Muslim League Nawaz saw a reduction in voters trend in the last year as it has dropped to 26 percent in 2018, compared to 34 percent in the last year.