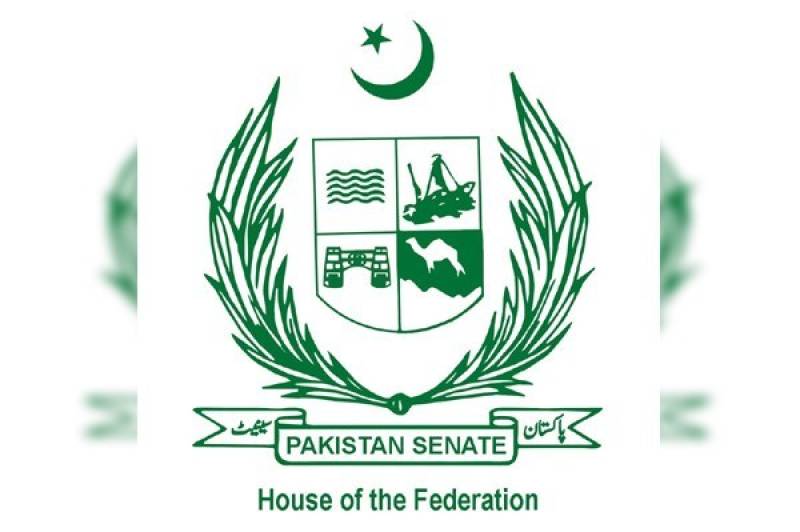 ISLAMABAD - The Upper House of the Parliament on Monday witnessed a heated debate on a bill related to National Finance Commission (NFC), which was later rejected after majority senators voted against it.

The bill, the Constitution (Amendment) Bill, 2020] (Amendment of Article 160), was moved in the House by MQM Senator Barrister Muhammad Ali Khan Saif.

However, the House rejected the motion to introduce the bill with a majority vote as 17 Senators voted in its favour and 25 Senators voted against it.

The bill sought amendment in Article 160, for clause (3A) and substitute it with the following: (3A) at the time of computation of the share of the provinces in each award, the National Finance Commission shall take into consideration the requirements and liabilities of the Federation and all or any other provinces and make variations accordingly”.

As per the statement of the Objects and Reasons, “The objective of constitution of National Finance Commission in a Federal Democracy is a fair distribution of revenues between federal and provincial governments.

The distribution of revenues and Grants-in-Aid Order, 2010 (Presidential Order No. 5 of 2010) had taken effect on July 1, 2010, and was amended in 2015. Article 4 (3) of this Order states that any shortfall in the amount of province shall be made up by the federal government from its own resources”.

The Senators from both sides of aisle debated the bill and later rejected the motion for introduction of the bill with a majority vote.

A total of 25 lawmakers opposed the motion and 17 lawmakers voted in favour of the motion to introduce the bill.

Taking part in the debate, its mover Barrister Muhammad Ali Khan Saif said the bill related to National Finance Commission Award and share of the provinces and the Centre. He suggested that the bill should be sent to the committee of the whole for through discussion so all members could participate in it.

Leader of the House Dr Waseem Shahzad said all political parties unanimously passed the 1973 constitution with consensus. There was also provision for any amendment in the constitution, he added.

He said in past constitutional amendments were brought in the house on private member day. He said all issues should be discussed at this august forum.

Deputy Chairman Senate Saleem Mandviwalla said it was a very sensitive issue and it would appropriate if it was done with consensus.

Mir Kabeer Shahi under the 18th amendment, 17 ministries were devolved to the provinces and its funds were not transferred to them.

Usman Khan Kakar said 18th amendment was possible after the joint efforts of all political parties. Provincial autonomy was given to the provinces under the said amendment, he added.

Faisal Javed said the past governments had ruined all the national institutional including Pakistan International Airlines (PIA). He said the PIA was ruined through induction of their blue-eyed and relatives.

He said PPP always took credit for passing 18th constitutional amendment, which was their right but it should be reviewed. “We should look into public interest”, he said.

Kuda Babar said so many amendments were brought after 18th amendment. It was a serious issue and should be referred to the committee of the Whole for detailed deliberation.