Drama serial Mere Paas Tum Ho wreaked havoc among the popularity history of Pakistani dramas as the show garnered its fair share of love and criticism from the audience.

A tale revolving around a loyal husband, a cheating wife, a business tycoon and his rich wife, the serial was conventional and scandalous but the classic philosophical fabrication of broken hearts was touted as the ‘biggest drama serial in the history of Pakistani television.

MPTH not only won appreciation in Pakistan but also in India as its roaring success and the passionate story has now impressed famous Indian Punjabi actor and singer Ammy Virk who appreciated it. 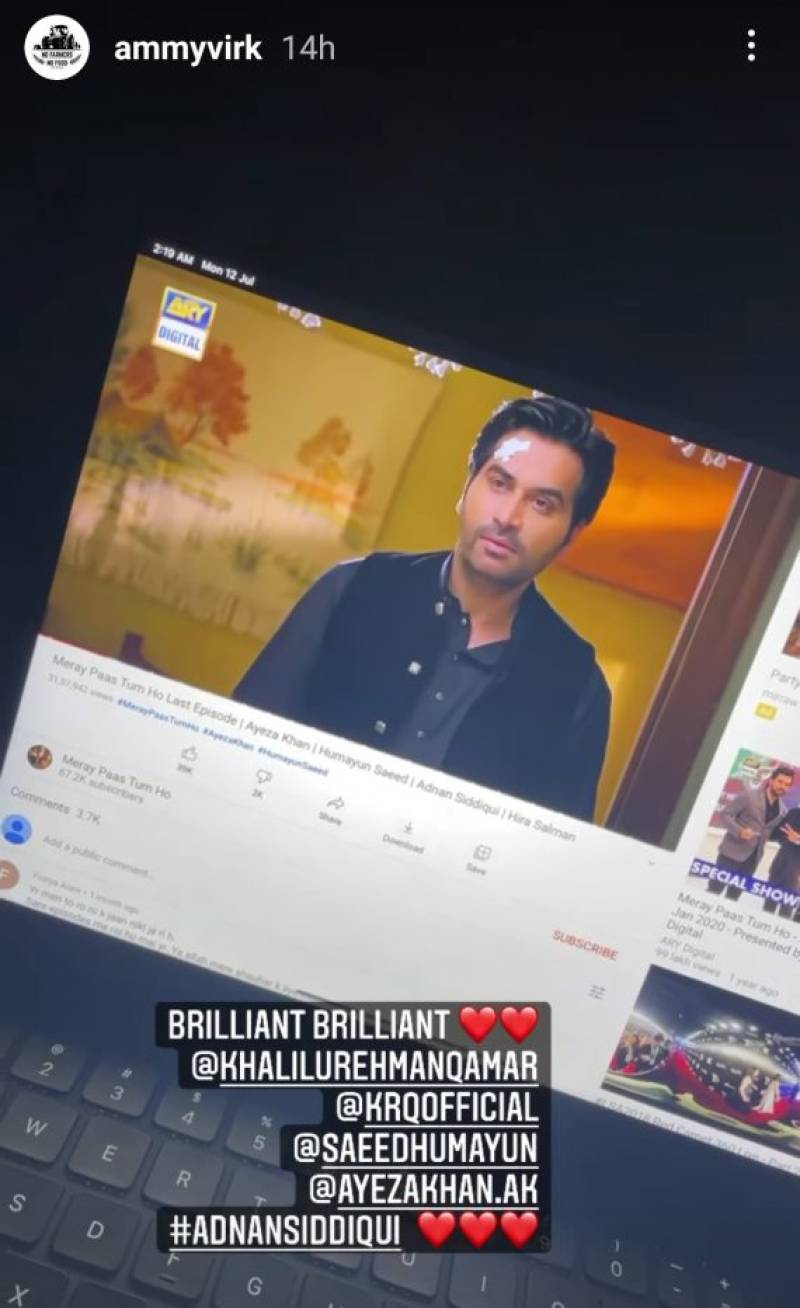 The Qismat star lauded the brilliance of the drama Mere Paas Tum Ho. Turning to his Instagram handle, he tagged the stars of the drama Humayun Saeed, Khalil Ul Rehman Qamar, Adnan Siddiqui and Ayeza Khan whilst complimenting them. 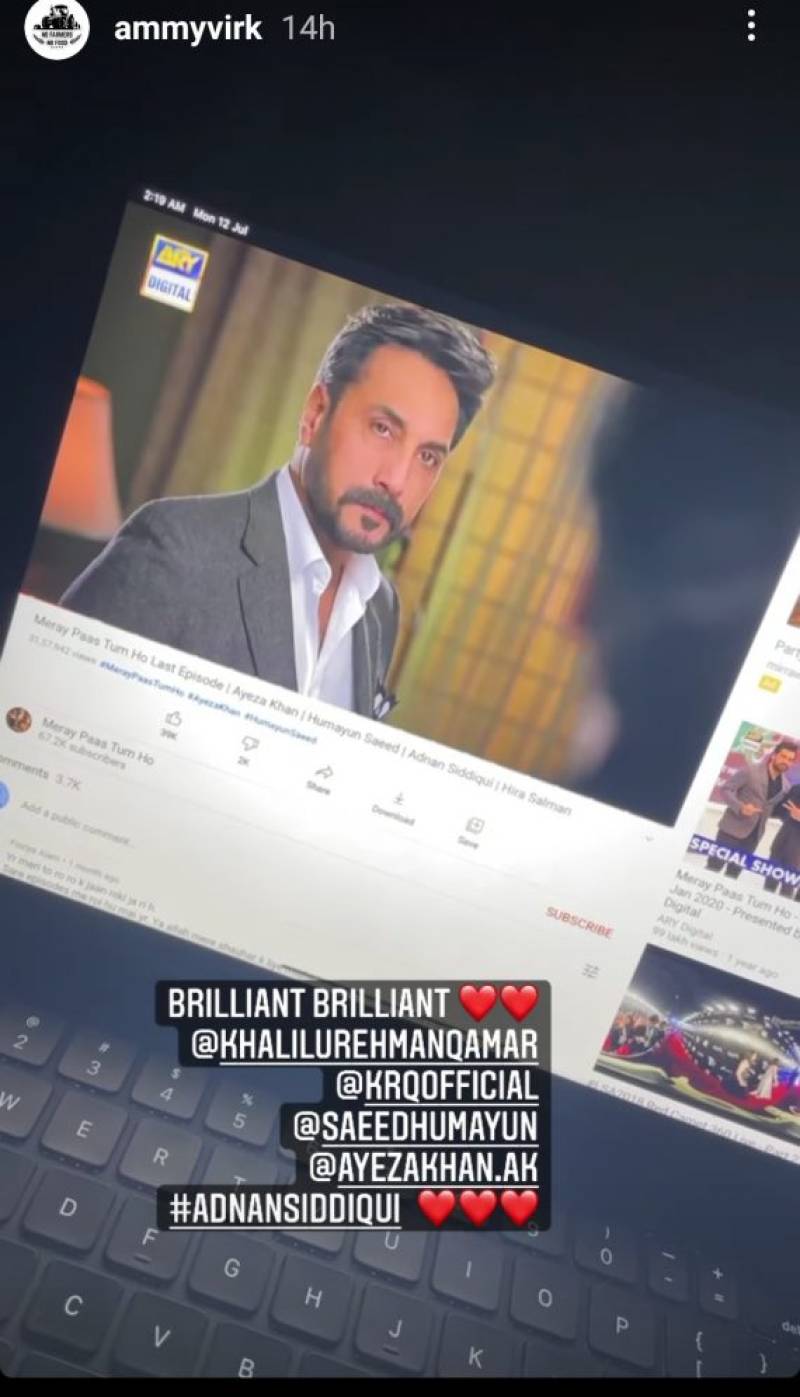 Amninderpal Singh Virk, better known as Ammy Virk, is an Indian singer, actor and producer who works in Punjabi and Hindi films.

The rising star Mehar Bano, who is an actor by profession, remains in news for her bold photoshoots and vocal ...