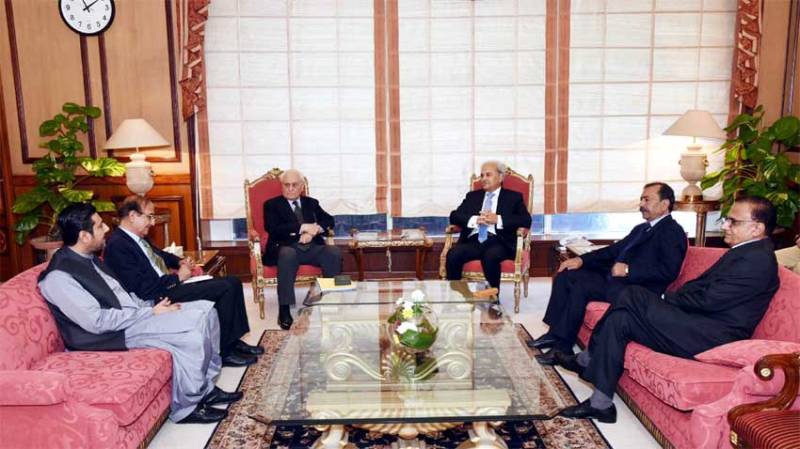 ISLAMABAD - The caretaker chief ministers of the four provinces called on Prime Minister Justice retired Nasir-ul-Mulk in Islamabad on Wednesday.

Matters relating to General Elections 2018 came under discussion during the meeting.

The meeting reiterated that the caretaker setups at the federal and provincial levels are firmly committed under their mandate to take all possible steps towards holding free, fair and transparent elections.

In a statement in Lahore, he said we are firmly committed to fulfil the national responsibility and come up to the expectations of the nation.