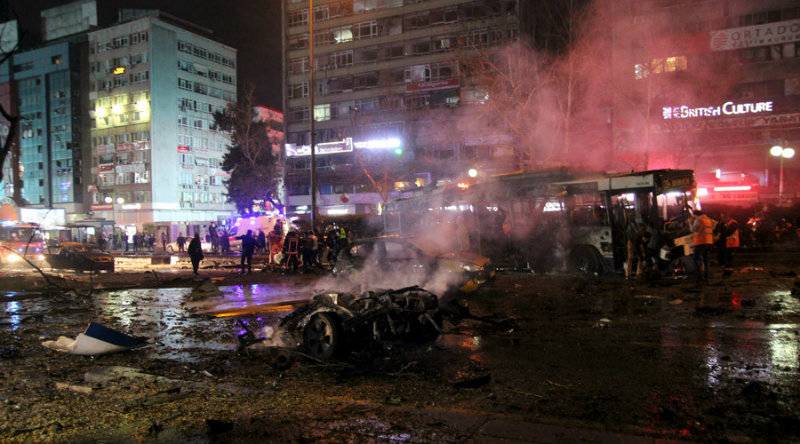 ANKARA (Web Desk) - An explosion has ripped through a bus in Ankara, killing at least 25 people and wounding 75.

A senior security official said that an explosion hit the center of Ankara on Sunday evening, with a number of people reportedly killed and wounded. The blast appeared to be a suicide car bombing.

Pictures posted on social media immediately after the incident appeared to show a bus almost completely destroyed, and several nearby vehicles on fire.