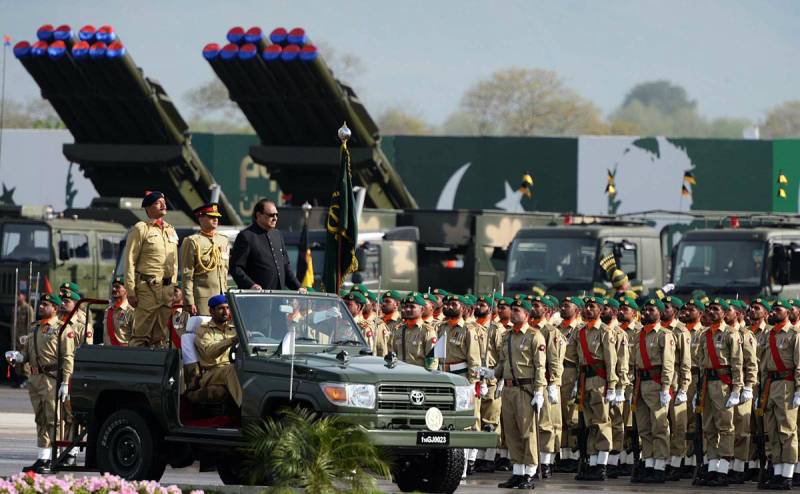 RAWALPINDI - Contingents of Chinese and Turkish armies will participate in the Pakistan Day parade later this month, ISPR said in a press release on Monday.

'A Turkish military band will also participate in the parade,' the tweet added.

The parade is organised by joint staff headquarters in Rawalpindi, which oversees the three armed forces of Pakistan and this is the first time, Chinese and Turkish troops will also be participating in parade.

Contingents of the Pakistan army, navy and air force have reportedly arrived in the federal capital for parade rehearsals, with stringent security measures in place.

The military parade was put to a halt following a wave of terrorism in the country. However, after the success of operation Zarb e Azb, the parade was resumed in 2015 after a gap of seven years.

The parade was seen as a manifestation of the military's show of strength in the wake of the massacre at the Army Public School (APS) in 2014.

Pakistan Day commemorates the passing of the Lahore Resolution, when a separate nation for the Muslims of The British Indian Empire was demanded on March 23, 1940 as well as the declaration of the republic on the same day in 1956.

Apart from the Pakistan Day parade, scores of events will be organised in schools and other educational institutions on the day to instill in youth the true purpose of a separate homeland for Muslims of the sub-continent.