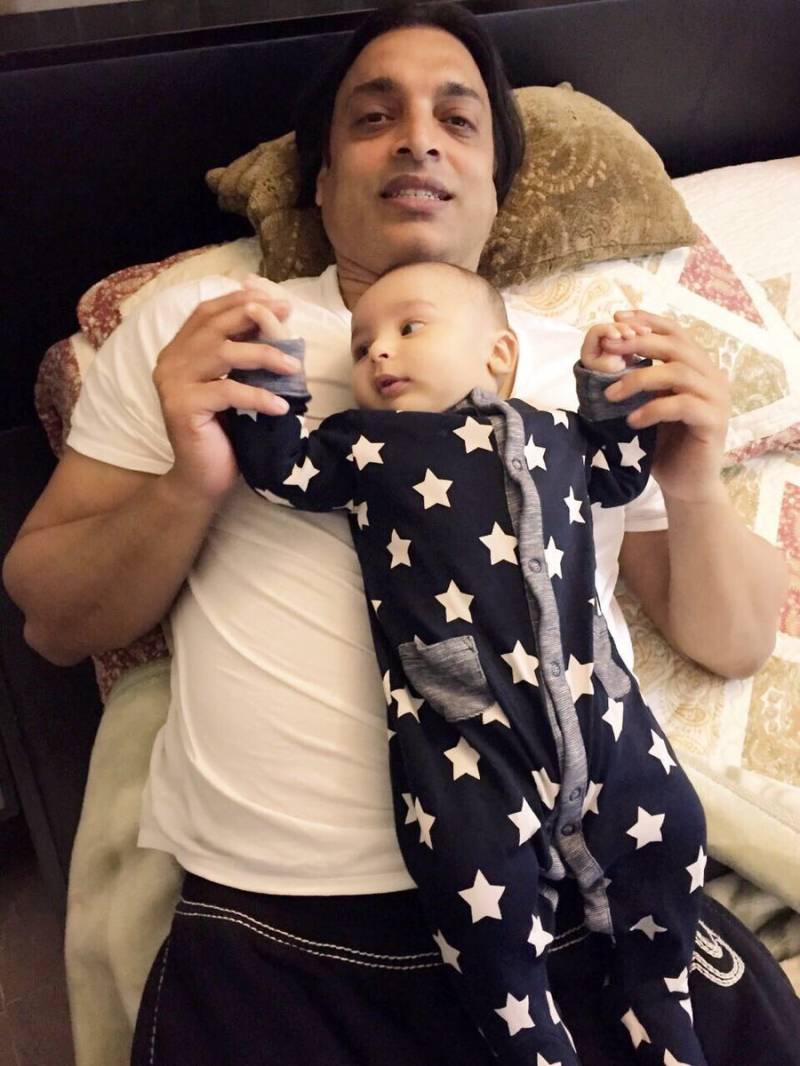 The Rawalpindi Express announced that he would reveal a 'human life' that "made his world go", leaving his fans waiting for more. This was soon followed by a picture of Mikaeel.

To my dearies: I'd like to reveal a human life which makes my world go these days. Watch this space tomorrow. Any guesses who cud that be?

Here's my piece of heart, my bundle of joy, my sunny boy Muhammad Mikaeel Ali. pic.twitter.com/CRmssHuq6Q

Here's anothr pic of my Braveheart. Luks like he just dived 2 take a sharp catch &unlike his Abba has taken it cleanly, no referrals needed! pic.twitter.com/7Kl5RiU5td

Speedstar Shoaib who waded through controversies throughout his cricketing career got married to Rubab Mushtaq in 2014 in a ceremony that was kept under wraps.