Nawaz lashes out at rivals for Senate saga, vows to fight for sanctity of vote 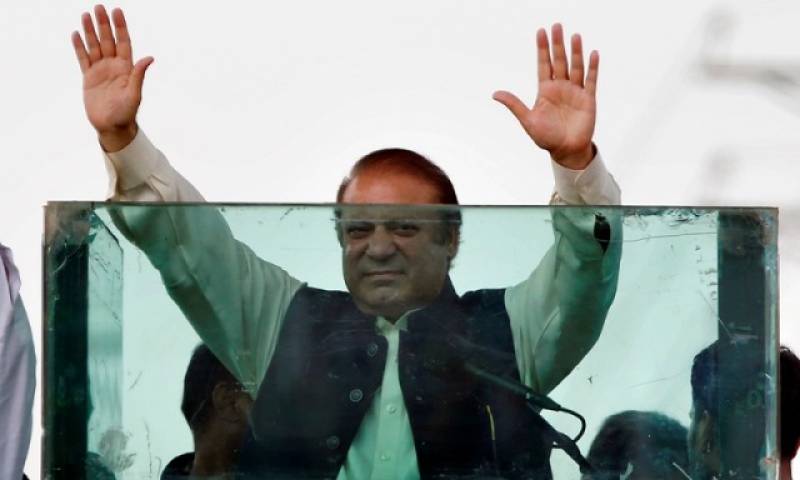 ISLAMABAD - Former Prime Minister Nawaz Sharif fired a broadside at his political foes in the backdrop of Senate chairman elections, reiterating to fight for sanctity of vote till his death.

Addressing a charged crowd of party workers at Pakistan Muslim League Nawaz' General Council Meeting in Islamabad, the former premier expressed that they were nominating a new party president - Shehbaz Sharif - as a situation was created to bring them to this point.

The PML-N's 'Quaid for life' asked the public to make upcoming general elections a referendum on his disqualification.

The Elder Sharif, who handed over the party's presidency to his brother, Chief Minister Punjab Shehbaz Sharif, in the backdrop of verdict by the top court in Election Act 2017 case, expressed that his disqualification sent the country into darkness.

"When I look back, I don't understand why a premier with millions of votes was removed from office," said the former lawmaker.

Nawaz Sharif said the party's manifesto for next General Elections will consist of four words: Vote ko izzat do [respect the vote].

"You'll be respected if the vote is respected," asserted Nawaz amid a thunderous applause.

Taking a strong exception to the defeat in the elections for Senate chairmanship, Sharif slated his chief political opponent Imran Khan and Asif Ali Zardari.

"They are not leaders but an embarrassment," declared the former legislator and went a mile more by declaring that the 'toys' bowed at the same place.

The three-time elected premier also highlighted his achievements with a special focus on eradication of load-shedding.

"We worked hard and resolved to erase the darkness from this land. The people who were experiencing 20-22 hours of load-shedding daily a few years ago are now living their days in peace," observed Nawaz Sharif.

The Politician said multiple motorways and road projects started by him had been completed or were nearing completion adding that Prime Minister Abbasi would have to inaugurate those projects because he personally did not feel like going anywhere anymore.

"I am a human too," he said adding his heart has been broken by the mistreatment allegedly meted out to him.

Many of PML-N senior leaders, including Shahbaz, Nawaz and Prime Minister Shahid Khaqan Abbasi were present at the meeting where Shehbaz Sharif was formally declared the president of the party.

On the occasion, the recently elected PML-N's president Shehbaz Sharif said Nawaz Sharif is, was and will remain the party’s quaid (supremo).

“We have been blessed with a quaid like Nawaz Sharif,” said the younger Sharif as he lavished praise on his brother. 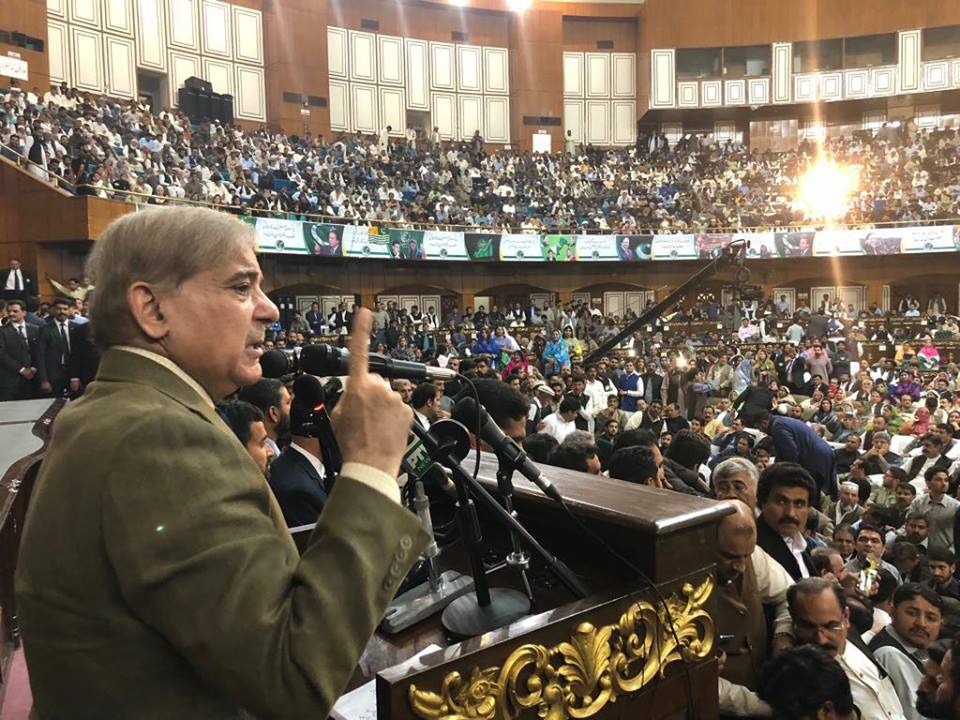 Basking in the warmth of party workers, Shehbaz Sharif thanked Nawaz for entrusting the important party position to him.

“The world knows that injustice was served to our leader Nawaz but I believe he will get justice.” asserted 'Khadim e Alaa'.

Shehbaz also heaped scorn on political opponents, saying they had not done anything but made tall claims while the government actually delivered to the people.