The Undertaker has been challenged by John Cena at WrestleMania 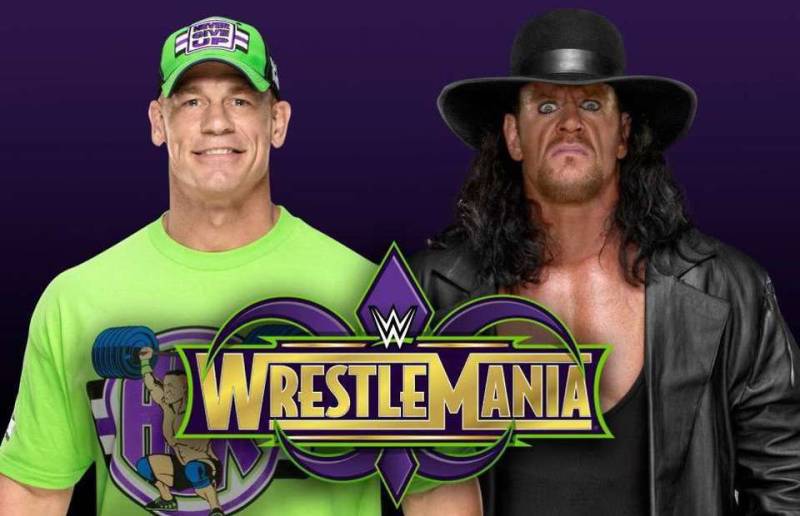 A number of very high-profile matches have sprung up with The Road to WrestleMania barely a month away. The biggest wrestling show ever will see some of the most unbelievable show downs in history.

This year, the first ever women's Royal Rumble winner Asuka will face off with WrestleMania: SmackDown Live Women’s Champion Charlotte Flair, While, Shunsuke Nakamura, the men’s Royal Rumble winner will face WWE Champion AJ Styles. among other smack downs, Roman Reigns and Brock Lesnar will wrestle it out for the the WWE Universal Championship.

However, one match that has everyone geared up for the season came to place when John Cena called out The Phenom himself; insulting The Undertaker's wrestling persona's ego and claiming that unlike the Taker, he got back to business each time he was knocked down. Cena didn't stop there. He further went on to say that the Dead Man couldn't plead age as an excuse as his wife's Instagram was loaded with pictures of him working out.

He also resorted to calling The Undertaker a “self-centered conceited egomaniac”, which both stunned and excited the audience. Although there have been many fights between the two, The Undertaker VS John Cena is a fight that has yet to happen on the WrestleMania stage.

Although both legends have a lot riding on this show down, another loss on the Taker's side may result in further damaging the legacy he has built for himself on WWE. From the looks of The Undertaker's streak of losses, Cena may be the one to finally put The Undertaker to rest.