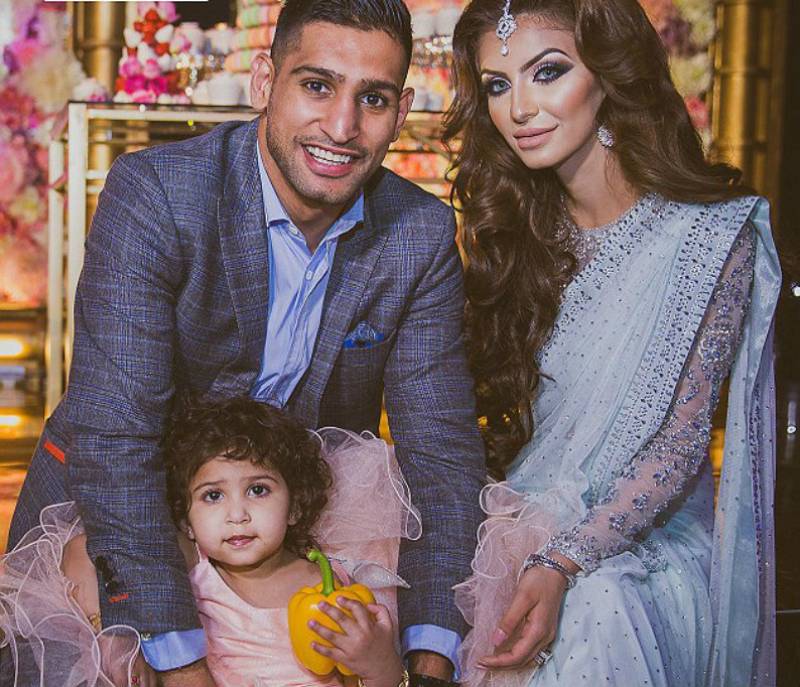 The party, held at the home of Khan's beloved Bolton Wanderers football club, also featured a giant cake and a carousel.

Speaking about the party to the new issue of Hello! magazine, Amir said: 'When I walked in, the first thing I said was, "Wow!' My wife did an amazing job."

'I was busy training when she was planning this, but every day I was getting crazy bills and thinking, "What's this for?"

Mrs Khan said: "I wanted it to be something really grand. Now I'm not doing anything until she's 16."

Mrs Khan said parenthood has changed her sportsman husband and brought them closer together.

The Olympian, 29, and his American wife Faryal, 24, also revealed that they spent £1million on their lavish New York wedding three years ago.