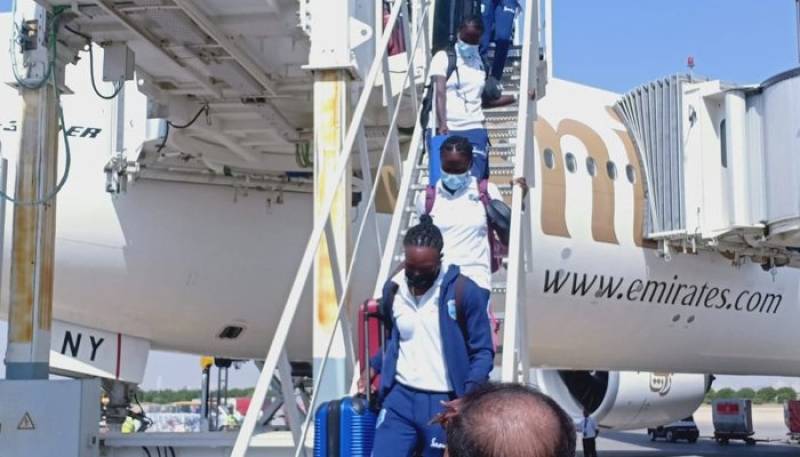 KARACHI – The West Indies women’s cricket team reached Pakistan on Monday to play an ODI series against the home side.

The team landed at the Jinnah International Airport and headed to a hotel where they will stay for a mandatory quarantined period of three days before commencing their training sessions at the National Stadium from November 4.

Karachi’s iconic National Stadium will host the matches on 8, 11 and 14 November, following which both sides will travel to Zimbabwe for the ICC Women’s Cricket World Cup Qualifier to be held from 21 November to 5 December.

This will be Pakistan women’s third bilateral series in 2021 after they toured South Africa in January-February and West Indies in June-July.

These members tested positive in the routine Covid-19 testing a day earlier and are under 10-day quarantine, which ends on 6 November.

Former Pakistan skipper and talented all-rounder Shoaib Malik wants to have feel of the T20 World Cup victory once ...