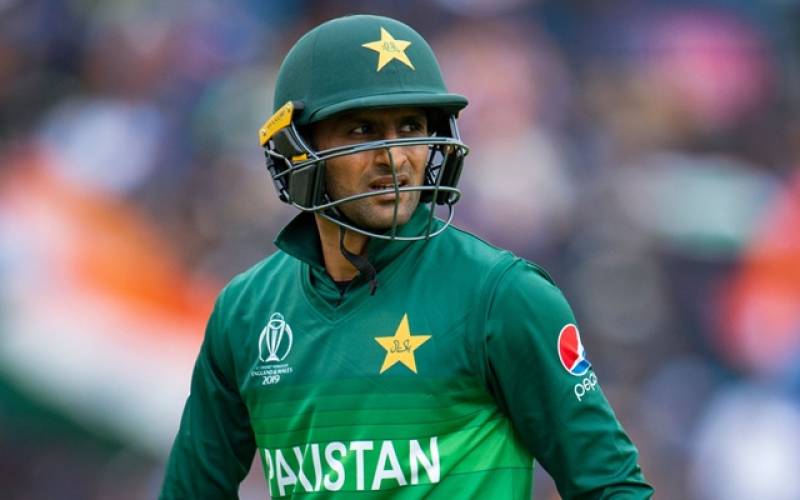 Former Pakistan skipper and talented all-rounder Shoaib Malik wants to have feel of the T20 World Cup victory once again before retiring from the game.

The experienced all-rounder says it’s good for the team to enter the tournament as an underdog and play the game without any pressure.

In an interview shared by the International Cricket Council, the 39-year-old Pakistani cricketer recalled the 2009 T20 World Cup when Pakistan beat Sri Lanka to lift the trophy.

In the interview, Shoaib tells how the team was struggling in the beginning when the 2009 edition of the T20 World Cup began. However, he said once everyone started performing, the team picked up the pace.

“And the guys were in good form, for example, Shahid Afridi, Umar Gul and to some extent, myself. So we started performing consistently,” he added.

Malik was at the non-striking end when Shahid Afridi scored the winning run - although a leg bye - in the final of the 2009 World Cup.

'I would want to go through same memories'

Reliving the experience, the former Pakistan captain said he would like to go through such moments once again.

"Great memories. And I guess, before I end my career, I would want to go through the same memories. So let's hope for the best,” he said.

Speaking about Pakistan's chances of winning the T20 World Cup 2021, Malik said it was an advantage that the team was considered an underdog.

Malik said that when no one talks about the Pakistan cricket team as favourite to lift the cup, that is when the team takes it upon themselves to prove the critics wrong.

“Nobody's considering that you could win an event but suddenly, you pick up momentum. So, in my opinion, I take it as a challenge. And I've seen that in our dressing room as well, we take as a challenge that if nobody's talking about Pakistan, that the team could win the mega event,” he said.

He said it's good for the green shirts that they are considered underdogs.