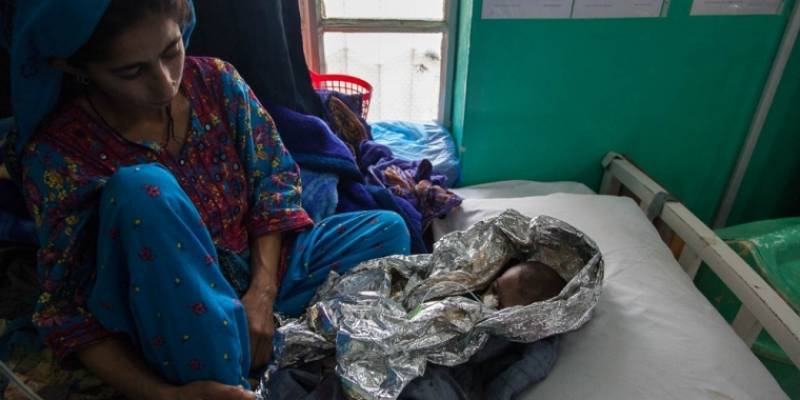 LAHORE - A woman gave birth in her residence's bathroom after she was denied entry by on-duty doctors at a health centre in Raiwind on Tuesday.

The woman, the wife of a labourer, was taken to a Rural Health Centre (RHC) in Raiwind after she started experiencing labour pains.

However, the staff at the health facility refused to admit her owing to a lack of facilities. “They told us to take her home and bring her after 8:00 am tomorrow,” a relative told the media.

Upon this, the woman returned home where she gave birth in a bathroom.

The baby fell ill soon after birth and the family had to bring him to the centre again. He was admitted and is recovering.

The woman’s relatives protested and demanded the health centre to be shut down if it cannot provide healthcare to the poor.

Last year in October, a woman was forced to give birth outside the premises of the Ganga Ram Hospital in Lahore after allegedly being denied entry by the medical superintendent.

The woman was later shifted to the ward but by then had given birth to a baby boy.

Her family members claimed that the hospital's medical superintendent had not allowed her to be admitted owing to lack of beds and staff.