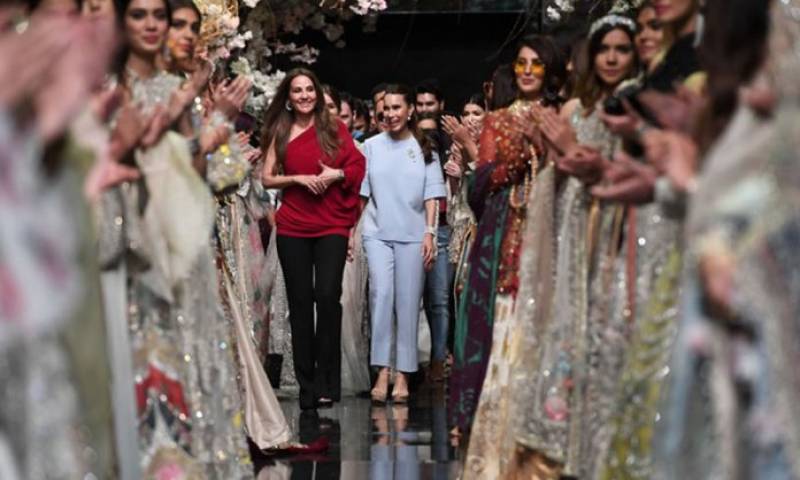 The designer duo displayed an array of modern cuts and vibrant hues through their couture collections for the upcoming season.

Titled ‘Message from the East’ the catwalk aimed to show how the aesthetics of the west have been woven into the ensembles of the east. The inspiration behind this collection comes from Allama Iqbal’s Payaam-i-Mashriq. This poem was presented to the public with the intention of "warming the cold thoughts and ideas of the West." 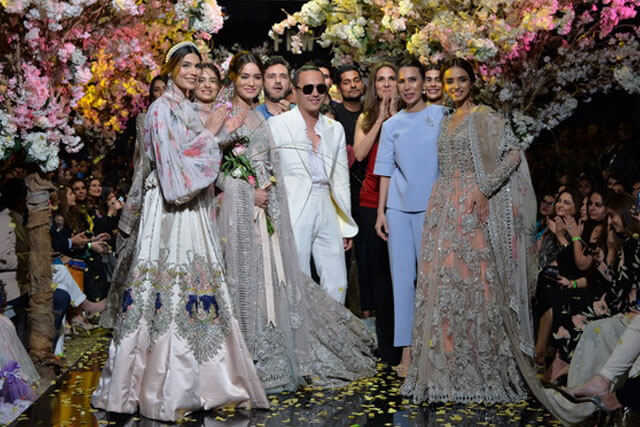 The bling caught our eye for sure with details such as heavy embellishment of rhinestones, intricate silk floss thread work, the collection truly was art on a fabric canvas. Colors such as blush, deep reds, and subtle pastels were juxtaposed with variations of flora and fauna in modern cuts and silhouettes. 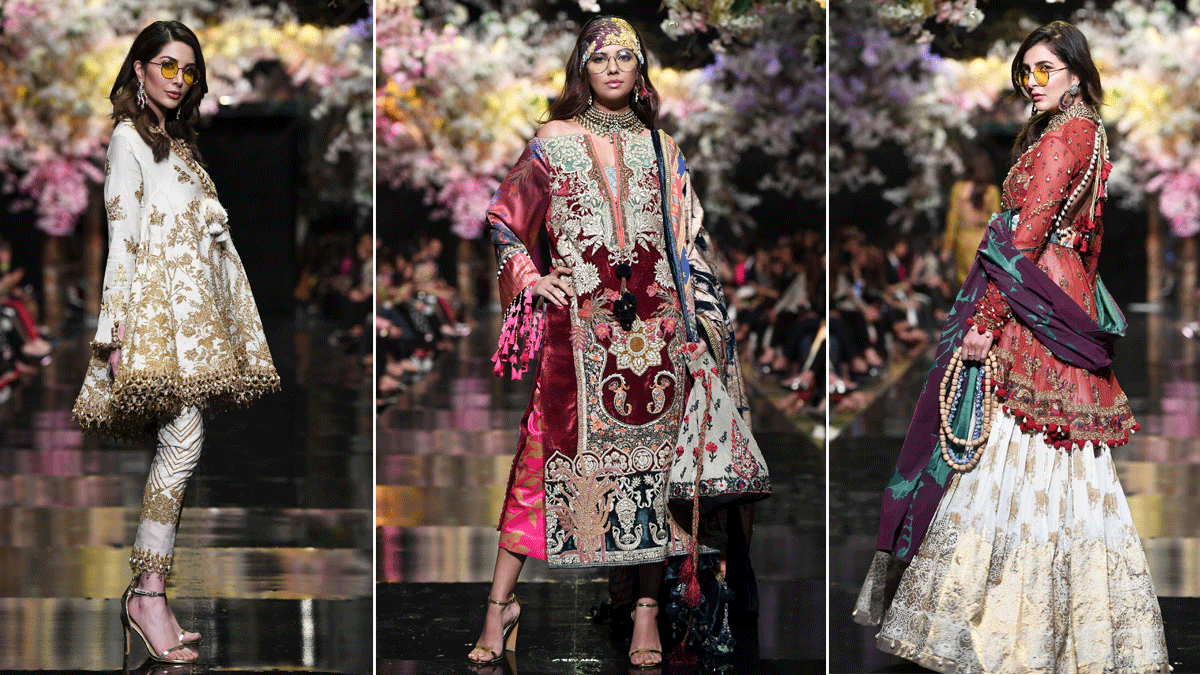 The quirky theme for the first half of the show was definitely ushering a more unique sense of fashion. From the sunglasses, the dupatta- bandana action to the way the dupattas were draped, it all screamed BOHO. 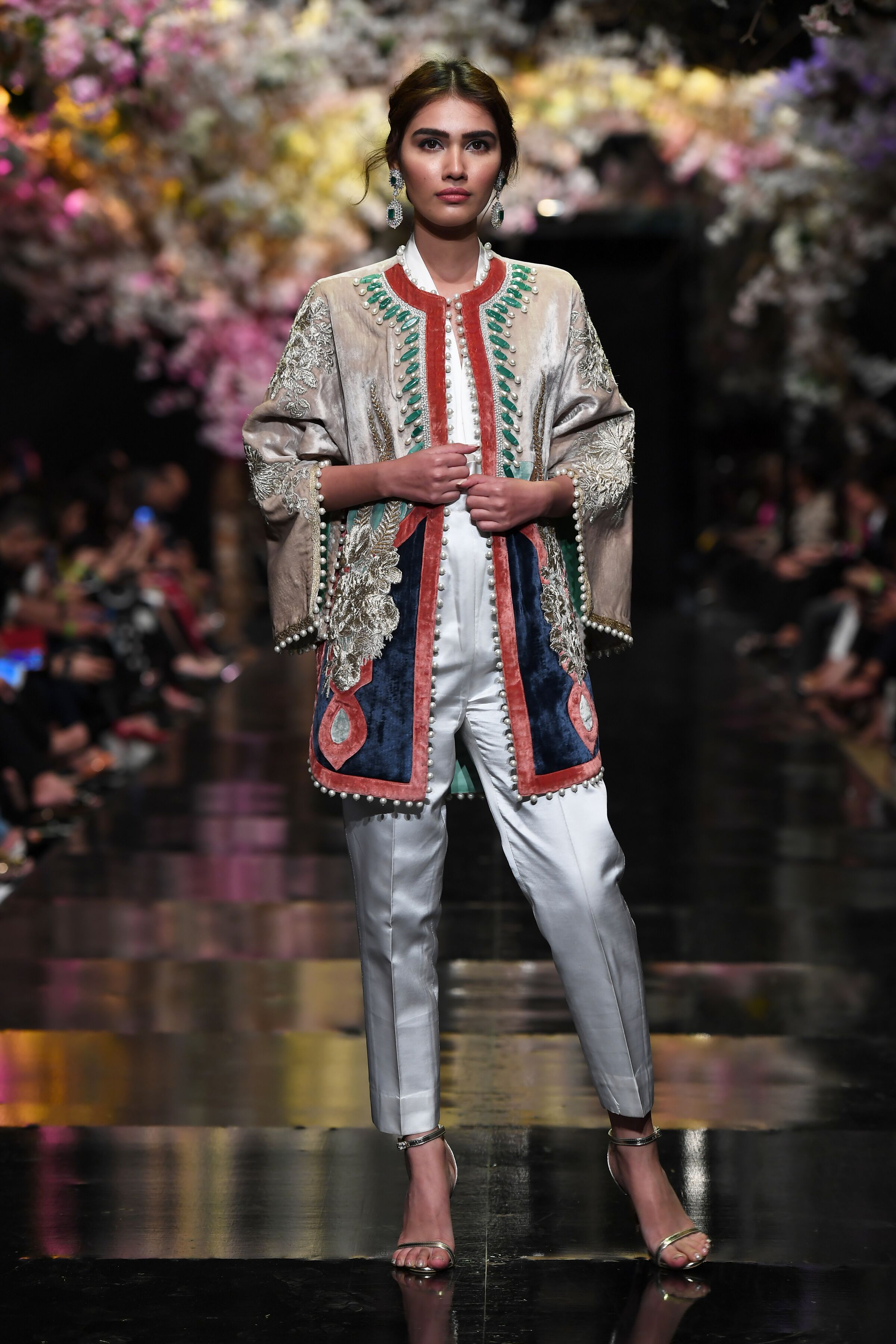 The collection also exhibited wide-legged trousers with long shirts featuring varying modish necklines. These pieces were similar to the ones that followed including overcoats, dramatic sleeves and cigarette pants in more neutral shades. 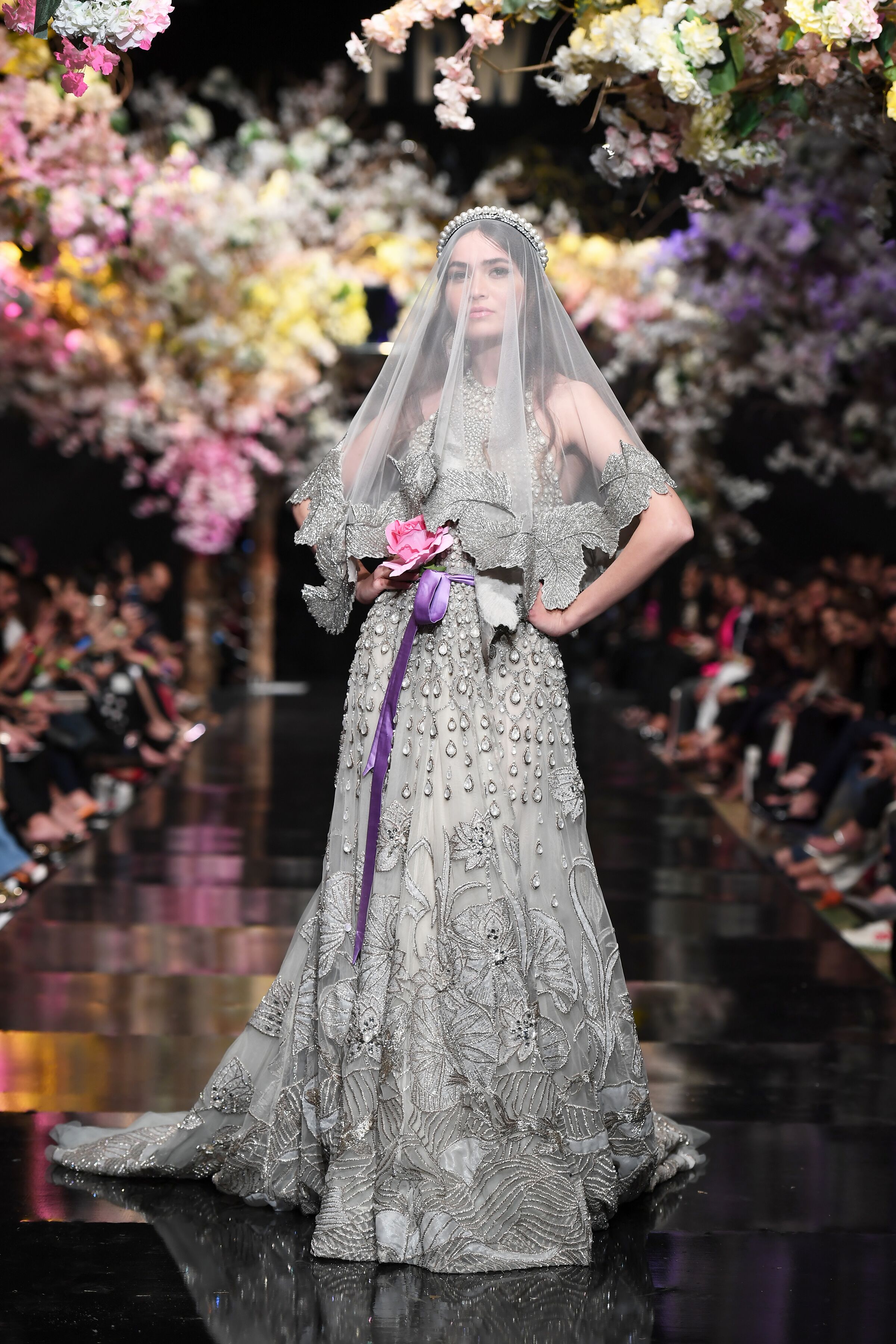 The drama ran onto the final portion of the show which saw models in veils donning bridal wear. The cut-work, pearls, crystals, tassels and a blend of hand and machine embroideries played out on traditional silhouettes with excessive detailing. There were dupattas splattered with kamdani and dabka, layers of tulle and ethereal tissue trails bordered with floral patterns. Occasionally, the silhouette wavered towards trendier cuts – exaggerated blouses, off-shoulders, capes and boleros. 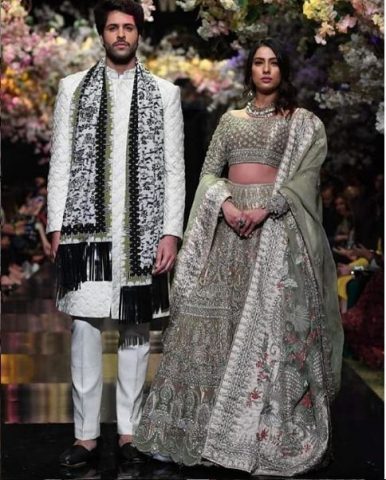 Also scattered among the range of women wear were a few menswear options: exquisitely tailored waistcoats and sherwanis, set off by stoles and shawls in oriental prints.

Sana Safinaz’s attention to detail was just mind blowing and the designs totally set the ramp on fire. There is much to expect from this year’s #FPWSS19, with a line-up of some exceptional designers, each having a unique inspiration for the collection that they have tailored.