Ireland all out for 130, Pakistan enforce follow-on 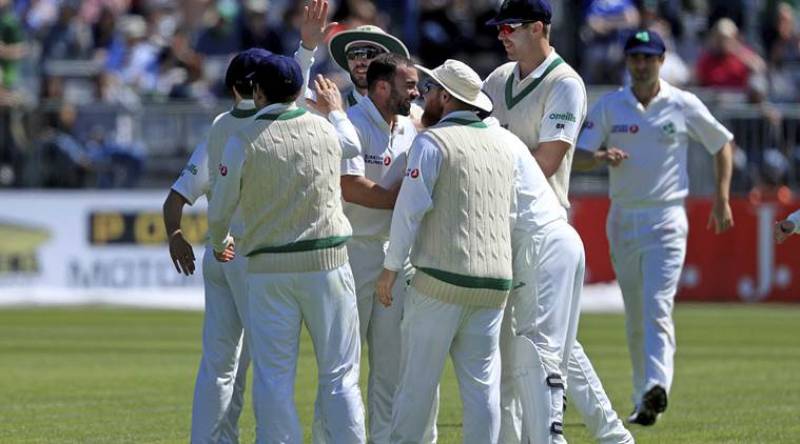 DUBLIN - After the first day of the Only Test between Ireland and Pakistan was washed out completely, the Irish bowlers came on the mark after the match finally kicked off from Saturday. While Boyd Rankin went on to create history, becoming the first Irish bowler to take a Test match, Tim Murtagh and Stuart Thompson also chipped in with wickets.

The trio took 2 wickets each as they left Pakistan reeling for 159-6 before Shadab Khan and Faheem Ashraf add 109 runs together to take Pakistan’s total to 268/6 at stumps, which was called early due to bad light. Pakistan finally ended their first innings on 310/9 dec.

In reply, Ireland could only muster 130 runs in their first innings. The Irish batsmen played poor shots on a wicket which is conducive to bowling. Mohammad Abbas was the pick of the bowlers and returns with figures of 4/44. Shadab Khan also picked up three wickets. With a lead of 180 runs, Pakistan enforced the follow-on for the first time in 16 years. 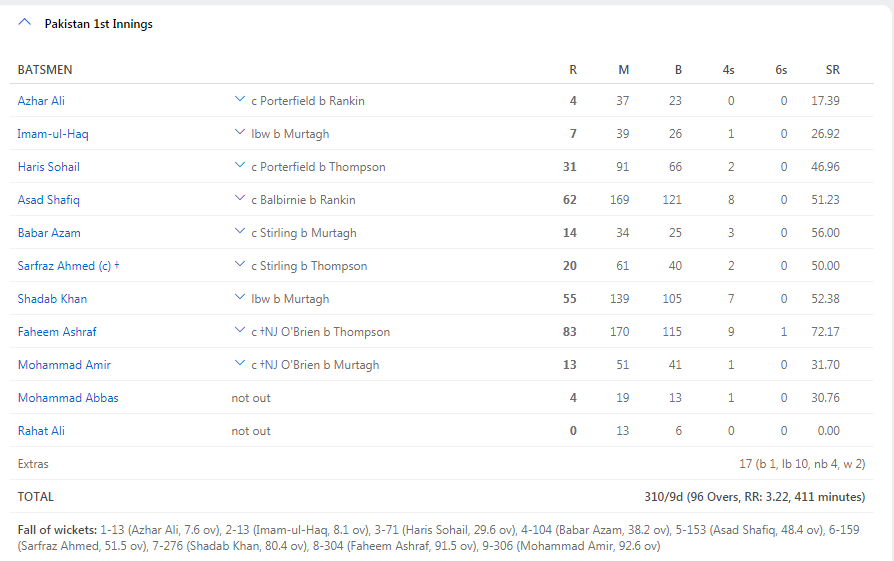