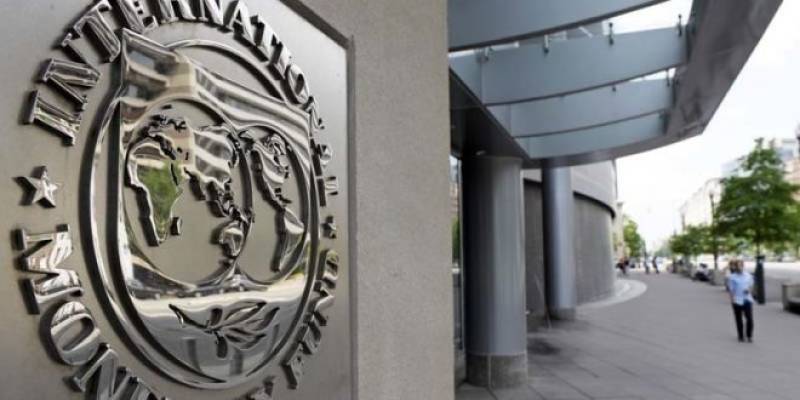 ISLAMABAD - Economic experts have believed that the Extended Fund Facility signed between Pakistan and International Monetary Fund (IMF) would lead towards economic stability of the country and help promote growth.

The government must have to properly execute the IMF programme with full spirit to pursue their economic goals for economic growth, Former Secretary Finance, Dr Waqar Masood told APP here on Monday.

He said the government should go for structural changes in the country’s economy by introducing reforms in various sectors including tax and energy sector reforms.

Dr Waqar Masood hoped that the current democratic regime would achieve the goal of economic growth in the coming few years by following economic policies.

He said that after success in IMF programme, the doors of other lending agencies including World Bank (WB), Asian Development Bank (ADP) and other financial institutions would be opened for Pakistan and more foreign exchange reserves would come to the country.

Meanwhile Vice- President Federation of Pakistan Chamber of Commerce and Industry (FPCCI) and renowned industrialist Dr Mirza Ikhtiar Baig said that Pakistan had no other option instead of going to IMF for EFF program and now the government had the opportunity to follow the proper mechanism for economic growth.

He said that after success in the IMF programme, the government would have to get more opportunity from World Bank and Asian Development Bank (ADB) and get $ 3 billion loans on easy instalment.

He said that the government had an aggressive economic agenda and wanted to reduce the circular debt to zero by 2020 to remove the deficits.

President Senior Vice President of SAARC, Chamber of Commerce and industry Iftikhar Ali Malik said that the success of IMF programme would open new opportunities for the government to get the confidence of international investor also.

Now the country’s economy was regulated by the IMF for enhancing the credibility of the local economy.

Replying to a question, he hoped that Pakistan would achieve the goal of economic stability in the coming two years.

Earlier in a statement, the Islamabad Chamber of Commerce and Industry (ICCI) had expressed its reservations over the programme with IMF saying that this would create problems for the business community.

Pakistan and the International Monetary Fund (IMF) had reached an agreement last night under which the Fund would provide $6 billion Extended Fund Facility over the period of three years.

Talking to state media after the talks between the technical team of the Government of Pakistan and the IMF Mission, the advisor to Prime Minister on Finance Abdul Hafeez Shaikh said after months of discussions, a loan programme had been finalized with the International Monetary Fund.

He said Pakistan would get $6 billion assistance in three years, while an additional amount of two to three billion dollars was likely to come from World Bank and Asian Development Bank on fewer interest rates.

Dr Abdul Hafeez Shaikh said the IMF programme would be implemented after its formal approval by the Fund's board.

The agreement would improve the debt situation and send a positive signal to the world to attract foreign investment, he added.

The advisor said the IMF programme would provide an opportunity to bring structural changes to handle issues pertaining to loss-making state-owned enterprises, exports, and to enhance revenue.

He said the country's economy was passing through hard times for the last couple of years, stressing the need for structural reforms to promote sustainable growth.

The subsidies would have to be withdrawn from the rich segments of the society, he said, adding the government was determined to provide relief to the vulnerable segments. The burden of electricity tariff increase would not be put on the poor, he said.