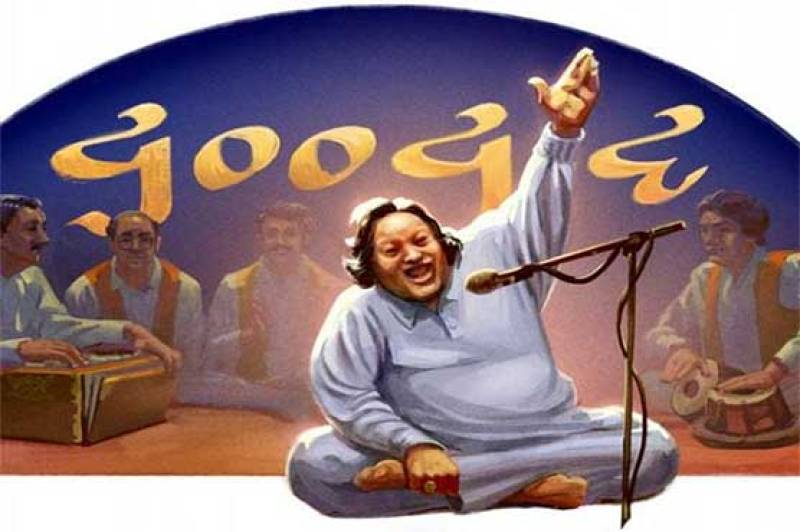 LAHORE (Web Desk) – Google has paid a glowing tribute to legendary singer Nusrat Fateh Ali Khan on his 67th birth anniversary with his own personal Google Doodle for the special day. 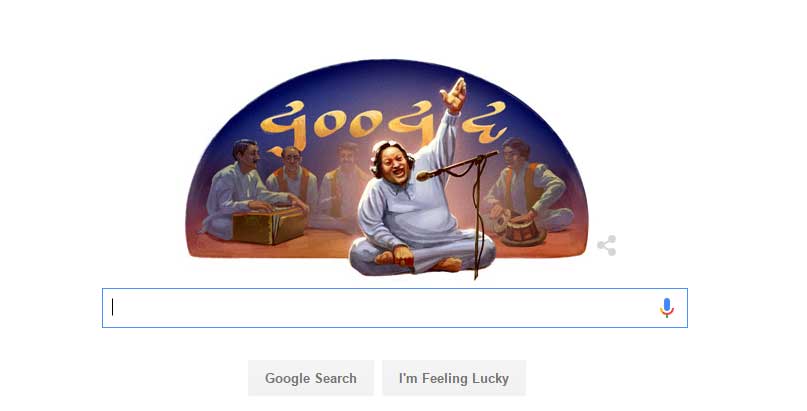 Google pays tribute to any person by launching special Doddle and has now given importance to Nusrat Fateh Ali.

Khan is considered one of the greatest singers as he possessed a six-octave vocal range. He is widely credited with introducing Qawwali music to international audiences.