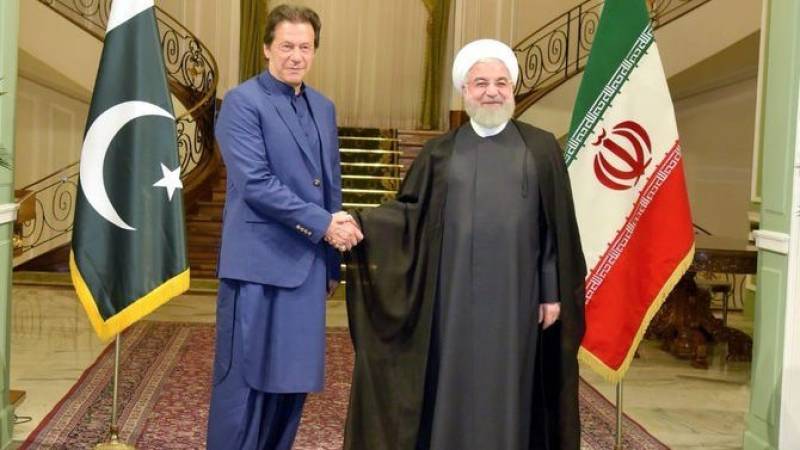 During a joint press conference, both the leaders emphasized the need to restore peace in the region.

Addressing the presser, Rouhani said that Iran welcomed the peace efforts by Pakistan in the region and appreciated the prime minister’s tour.

Rouhani said that the various issues including the war in Yemen and the sanctions imposed by the United States on Iran were discussed during the bilateral meeting.

The Iranian president assured that any any goodwill gesture will be responded with a goodwill gesture, adding that both countries can work together for the regional peace.

Rouhani also called for immediate ending of Yemen war, adding that regional issues have to be settled through regional means and dialogue.

While speaking on the occasion, Prime Minister Imran thanked Rouhani for his views and explained his major objectives behind the visit.

He said that Pakistan did not want any new conflict between Saudi Arabia and Iran as it would lead to more poverty, highlighting that around 70,000 people lost their lives in Pakistan in the war on terror and Afghanistan is still suffering.

Shining spotlight on Iran-Pakistan ties, the premier also informed, “Saudi Arabia has been one of our closest friends and always helped us”.

The tension between the two countries is no doubt a complex issue, he said and suggested that it can be resolved through dialogue.

"There is vested interest behind this conflict," added the premier.

Speaking about his tour to Iran and upcoming visit to Saudi Arabia, he said no one pushed him to do so as it was Pakistan's own peace initiative.

He clarified that Pakistan would like to play the role of a facilitator and not mediator between the two Islamic countries.

It quotes the prime minister as saying, "Pakistan attaches high importance to bilateral ties with Iran," adding, "Pakistan is willing to play its role towards strengthening peace and stability in the region."

Prime Minister @ImranKhanPTI arrives in Tehran as a part of his initiative to promote peace and security in the region. Prime Minister Imran Khan held a meeting with Foreign Minister of Iran Mr. Javad Zarif #Pakistan🇵🇰 #Iran🇮🇷 pic.twitter.com/Ae947yQ5ye

During the visit, PM Khan will have meetings with the Iranian leadership, including Supreme Leader Ayatollah Sayed Ali Khamenei and President Dr Hassan Rouhani.

Besides issues relating to peace and security in the Gulf, bilateral matters and important regional developments will be discussed.

This will be the Prime Minister’s second visit to Iran this year, the Radio Pakistan reported.

The Prime Minister also had a bilateral meeting with the President of Iran on the sidelines of 74th UNGA Session in New York in September 2019.